The prime minister is reported to view education as a central plank of the country’s recovery. The National Foundation for Educational Research (NFER) agrees, and that’s why we will be looking to next week’s comprehensive spending review to be focused on children and young people. Now is the time to deliver.

Allowing young people to suffer from adverse social and labour market impacts for years to come as a result of missed schooling would be catastrophic for both the economy and the individuals involved. By investing in their recovery now, we may be able to prevent this from happening. In short, if we fix the ship now, we may not need life rafts later.

Our July research showed that Covid-19 had already cost key stage 1 children around three months of learning in reading and maths. The disadvantage gap has widened for five-to-seven-year-olds, too. Study after study shows the damaging effects on children’s learning across the age spectrum.

The IFS recently projected the economic cost of children losing just half a year of schooling by the time the pandemic retreats at £40,000 of income over their lifetime. That’s a staggering £350 billion in lost lifetime earnings across the 8.7 million school children in the UK.

More bluntly for the chancellor, this means more than £100 billion less tax revenue. So missed schooling won’t just impact individuals; it represents a critical long-term risk to the country’s future prosperity. And that’s before we factor in other predicted shocks and disruptions, such as new technologies and demographic and environmental changes.

But a purely academic focus on pupils’ recovery won’t be enough to bail us out. NHS data shows that in 2020, one in six children aged five to 16 were identified as having a probable mental disorder, increasing from one in nine in 2017. And thanks to National Centre for Social Research, we know that pupils can’t and won’t learn as effectively if they are suffering from mental health issues such as anxiety or depression. Academic and wellbeing recovery must be funded simultaneously.

Persistent inequalities in attainment between pupils from different backgrounds must also be addressed. Yet the value of the pupil premium (the government’s main mechanism for doing so) has been eroded over time. Today, each disadvantaged primary pupil attracts around £100 less than if the funding had been uprated in line with consumer price inflation since 2014-15. This puts the one-off £145 recovery premium in perspective.

Meanwhile, the value of tutoring in closing attainment gaps has been widely accepted. Sufficient funding could ensure small-group tutoring becomes a permanent part of the landscape.

Cash is also urgently required to ensure schools can cover the additional costs of dealing with Covid and demographic challenges. Around 1,500 schools in 2020-21 were unable to meet unexpected pandemic costs from either existing reserves or recent funding increases. They have been forced to factor in the extra costs associated with sanitation, signage, social distancing and supply to cover self-isolating staff, while many of their income streams have taken a hit. Primary schools across the country are also finding their budgets stretched due to falling pupil numbers, despite the fact that many face limited scope for cost savings.

And there’s the matter of retention too. Large numbers were attracted into the profession over the past two years, but to keep them, teachers’ pay must remain competitive with other professions. This would also encourage more experienced and vital school leaders to remain in the profession after an exhausting and deeply challenging period, avoiding a return to the bad old days of teacher supply shortages.

We know teaching quality is the most significant school-based factor affecting children’s attainment. And it is only with consistency of personnel that we can develop the experienced teachers we need to deliver the recovery.

Investing in our schools, teachers and young people benefits us all. The alternative is to allow lower skills and wider inequalities to fester, and that’s no kind of recovery at all. 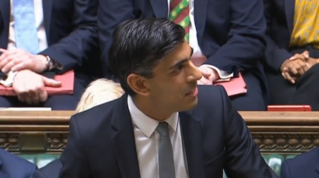 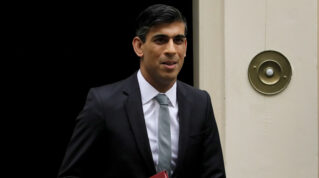 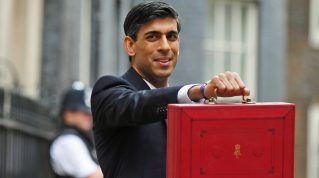