An academy trust will close its teacher training provision after it was rated ‘inadequate’ under Ofsted’s new ITE inspection framework.

Consilium SCITT in Salford will shut down at the end of August after inspectors downgraded it from ‘outstanding’ to ‘inadequate’ and said it was “letting down” its trainees following an inspection in May.

The provider is the third to be rated ‘inadequate’ under the new framework. It was revealed last week that Cumbria Teacher Training and The Solent SCITT had also received grade 4 ratings. Previously, all ITE partnerships were rated ‘good’ or ‘outstanding’.

Consilium Academies, which runs Consilium SCITT, told Schools Week Ofsted’s report had “hastened decisions” about the future of the provider, and said the new ITE framework made it “increasingly difficult” to deliver its school improvement agenda and “correctly resource” a small SCITT.

Liverpool Hope University, which trains more than 1,000 teachers a year, has also this week criticised Ofsted for resuming ITE inspections this term, after its provision was downgraded to ‘requires improvement’ following a visit in June.

Ofsted released the first batch of 11 inspection reports under the framework last week, downgrading two partnerships to ‘inadequate’ and criticising provision at three others.

Three more reports were published this week, one ‘inadequate’, one ‘requires improvement’ and one ‘good’.

In Consilium’s report, published on Monday, inspectors warned its programmes “do not prepare trainees for the realities of teaching”. 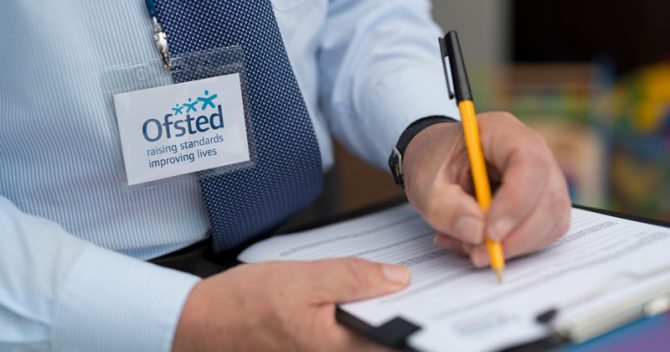 Trainees told inspectors they had received “confusing and contradictory” messages about the programme which had a “negative impact” on their wellbeing and workload.

Much of the mentoring provided was of “poor quality”, and trainees were not assessed “in a way that is helpful to their development”.

The partnership also did not provide trainees with “coherent training to manage pupils’ behaviour”, Ofsted said.

In total, 28 trainees attended the SCITT during 2020-21. Ofsted found leaders had “not designed an ambitious and well-sequenced training curriculum”.

Leaders’ systems to check trainees’ progress were judged to be ineffective, and inspectors discovered leaders were “unaware of the endemic weaknesses in the primary- and secondary-phase programmes”.

The report also stated trainees “do not explore the particular challenges of teaching a particular subject”.

A spokesperson for Consilium Academies told Schools Week that under Ofsted’s new framework it was “it is increasingly difficult to both deliver on our school improvement agenda and correctly resource a small SCITT, which had a limited number of candidates across a significant number of subjects”.

They said challenges of aligning the SCITT to new framework demands were becoming evident prior to Ofsted’s visit and “discussions were being held about the appropriateness of the provision moving forward”.

“The Ofsted outcome hastened decisions about the SCITT.”

Its current cohort has completed their courses, and the SCITT’s website and social media accounts have already been taken down. Consilium said it had worked with the DfE and a larger SCITT to secure places for the small number of trainees due to join in the next academic year.

Ofsted guidance states that partnerships judged as either RI or inadequate will be re-inspected within 12 months. Providers may have their accreditation withdrawn if their provision is repeatedly of RI or lower quality, according to the DfE.

The provider was rated as RI for both its primary and secondary-age phases, which account for 994 trainees this year.

Its further education arm, which had 39 trainees, was rated as ‘inadequate’.

The report warned that curriculums across the partnership “do not place sufficient emphasis on what is unique about different subjects and/or phases”.

Inspectors ruled that leaders’ quality checks “do not focus on how effectively the ITE curriculums across subjects and phases are delivered”.

However, Ofsted found the partnership met the DfE’s statutory compliance criteria. The report also said trainees were “proud to be classed as a ‘Hope teacher’” and had a strong grounding in adapting curriculums for SEND pupils.

As revealed by Schools Week, the university is due to provide the training for the academic mentors arm of the National Tutoring Programme next year.

A university spokesperson said it had begun implementing recommendations made in the report and was “fully committed to providing high-quality training provision”.

“The university does, however, strongly question the timing of the inspections which coincided with the new ITE assessment criteria”, the spokesperson added.

In March, Ofsted announced it would be resuming its ITE inspections in May. The decision prompted concerns from the Universities’ Council for the Education of Teachers (UCET) that these inspections would be “meaningless because of the disruption that the Covid pandemic is continuing to cause”.

The university said it supported these comments as Ofsted is “measuring outcomes at a time when the pandemic had necessitated a focus on the well-being of students and staff”.