As domestic energy users, we are all aware of the rise and rise of our energy bills. Even with some degree of protection by Ofgem, we will see our bills increase by as much as 54 per cent this year. But for schools, life is much tougher still. In the ‘commercial’ space in which they operate, there is no such regulated protection.

Depending on what contractual relations schools currently find themselves in, the new gas and electricity rates equate to potential rises of over 100 per cent, which could easily mean an extra £40,000 for a primary school and over £100,000 for a secondary school. And with so little in their reserves, that is bound to affect schools’ ability to employ and must surely run the risk of undermining the quality of their provision.

At a recent energy crisis webinar, anxious school business leaders shared similar experiences, venting frustration and concern over the impact that these costs will have on their budgets and reserves. Only those schools who, either by good fortune or through foresight, procured their energy contracts ahead of these ongoing increases pre-April 2021 (and who did so by securing a fixed-price contract) will manage to avoid the Hobson’s choice facing most of us in 2022.

On the plus side, it has never made more commercial sense to take advantage of government-funded incentives to reduce carbon and costs. Grants such as those offered through the public sector decarbonisation scheme (PSDS) or from ESFA and auditor-compliant operating leases and power purchase agreements (PPAs) are already very much a part of the academy sector landscape.

Those schools that have installed renewable energy, such as LED lighting and solar photovoltaic panels, will not only be meeting ESFA requirements in terms of streamlined energy carbon reporting (SECR) by evidencing how they are reducing their carbon emissions. They will also be enjoying the buffer of having reduced their energy bills by anywhere from 20 to 35 per cent.

But there does seem to be a disjoin between government carbon reduction targets that schools are asked to play their part in and the obstacles in supporting them to achieve this goal.

Schools are deemed ‘commercial’ and thus operate in a competitive but unregulated market. This allows approved energy brokers to seek best-value contracts across the marketplace. However, there are many unscrupulous brokers, so schools should be careful to only appoint those with a proven track record in the sector.

Of course, post-academy conversion some schools have remained within their former local authority’s energy framework, attracted by the theoretical notion that buying energy as part of a larger purchasing entity will deliver best value. Sadly, there is very little evidence to support that expectation. Lack of transparency over the suppliers invited to tender, little if any consultation with schools about what type of suppliers they wish to include and opacity over broker commissioning all add up to an unfair balance of power that results in too many schools being placed on financially detrimental contracts. This raises serious questions about how a trust can show that it has adhered to ESFA requirements for ‘good governance and robust financial management’.

There is also a particularly pernicious ‘volume tolerance’ clause that is very hard to reconcile with government carbon-reduction policy. Its inclusion in the energy contract effectively means that the school will be charged for usage whether they reach that level or not. The result is that it disincentivises energy-use reduction and limits the potential cost savings that could be accrued from a renewable installation.

Realistically, government is very unlikely to interfere and introduce tighter regulations to the marketplace schools operate in. It’s a tough message to deliver to school leaders, who are already cash-strapped and time-poor, but their only real recourse for achieving these now essential cost and carbon savings is to learn to make more informed energy-procurement decisions and interlink these with longer-term future energy strategies.

And the best way to do that is first of all to carefully select approved, accredited energy partners with whom they can consult and take a longer view. 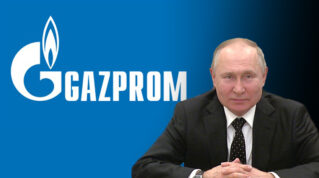 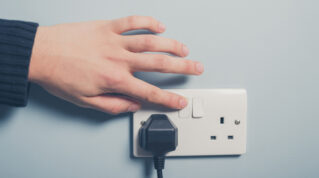