From secret government money-saving reports, pupils being sent to the back of the queue for lunch if they have poor attendance, and lots of leaks – here’s our most read stories of 2019. Enjoy!

Starting with our news stories, in reverse order:

(Nerd note: we’ve taken out explainers – which tend to be super-well read – and some more content-focused stuff such as publishing new pay scales)

Unsurprisingly with a new framework ushered in this year – Ofsted dominates our most-read list.

The first entry is an important investigation by reporter Pippa Allen-Kinross revealing the first signs of leaders changing their practice to meet the watchdog’s new focus on curriculum. The findings also posed some challenging questions for Ofsted, which assured schools it would have no preferred curriculum.

Causing quite the storm, the investigation revealed some of the more controversial findings from cost-cutter reports the government tried to keep secret. The story also exposed claims by academies minister Lord Agnew that schools were wasting millions of pounds.

The savings he boasted about finding included a school being told to cut its lunch portions for pupils, keeping money raised for charity and replacing experienced teachers with support staff on term-time contracts. Then prime minister Theresa May was told in Parliament the advice “belonged to the days of the workhouse” and our investigation won a prestigious journalism award. (Ministers promised to publish an analysis of the reports by the end of the year – we’re still waiting).

8. Pupils without 100% attendance sent to the back of the lunch queue

We revealed a school was sending pupils without 100 per cent attendance or a clean behaviour record to the back of the queue for their lunch.

The new badge system at Immanuel College, in Bradford, was likened to methods to control behaviour in prison by one concerned parent. But the school said the system had helped raise attendance and improve behaviour – and insisted it was popular with students.

Our exclusive that the government was to scrap numeracy and literacy skills entry tests for prospective teachers was huge news and followed up by national newspapers the following day.

The scoop was duly confirmed a few days later, with the government announcing teacher training providers will now on the responsibility for making sure new teachers have adequate literacy and numeracy skills.

The government was keen to point out it wasn’t lowering standards – despite schools minister Nick Gibb saying just last year the tests “reassure parents and school leaders” that new teachers can “demonstrate a high standard of numeracy and literacy”. 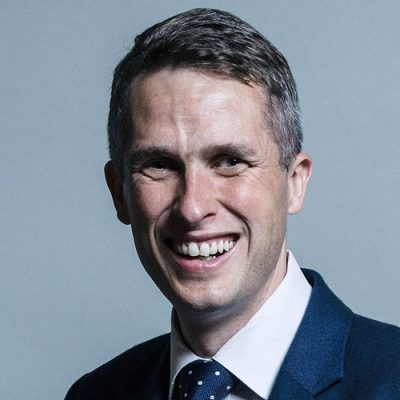 In what has now become Schools Week custom, our readers were clearly eager to find out more about the new education secretary. Did you know, for instance, that our Gav used to be a fireplace salesman?

Ofsted makes its second appearance in our top 10 with the revelation that secret inspector training documents were leaked to at least one school, prompting fears of unfair advantages under the new framework.

School leaders called for the documents to be published in full. But Ofsted said they are still in development and won’t give schools an undue benefit. The inspectorate will publish the reports when they are finalised (but won’t say when).

4. Investigation launched after pupils given question ‘copied’ from textbook

It’s not been the best year for exam boards – from questions being leaked to fines for breaching marking rules. Edexcel had to launch an investigation after it was revealed a question in its maths paper was almost identical to one used in a revision textbook. Pearson later investigated and claimed there was no evidence “the items functioned unusually”. Ofqual said the board has put steps in place to “prevent re-occurrence”.

Social media is causing exam boards big headaches, and it proved this way again after grade boundaries for A-levels were leaked online – a day before results were released.

Exam boards promised they would only make boundaries available to exams officers in advance, and they are shared on a password protected website. But the security efforts didn’t work as boundaries were shared online for a second year running.

The leak revealed a score of just 14 per cent was enough for a pass in the Edexcel maths paper – igniting a debate about whether the exams were fit for purpose.

2. Three-year GCSE? No ‘outstanding’ for you

Yup, Ofsted again. Following up from our scoop on schools ditching three-year GCSEs, we revealed claims from school leaders that they had been told an ‘outstanding’ rating was out of the question because they had shortened key stage 3. More than half of schools now run lengthened key stage 4 to cater for the new, tougher GCSEs – so the findings worried many in the sector.

*Drum roll please* … Taking the top spot – a little surprisingly – is reporter Freddie Whittaker’s breaking news story on the latest SATs results. The proportion of pupils achieving the benchmark had risen slightly from 2018, but commentators were concerned that two-thirds of pupils were still missing the mark.

Schools minister Nick Gibb said the rising results was “testament to the hard work and dedication of teachers that we have seen results rising over time despite the bar of expectation having been raised”.

Here’s our most read opinion pieces for the year (you probably won’t be surprised which topic has, again, dominated). The top 5, in reverse order:

5. There are no easy answers to school refusal

Fran Morgan explains while school refusal may be a little better understood than it was in the past, we still haven’t come up with any effective or pragmatic solutions.

4. The importance of early language development

Tammy Elward explains the importance of valuing how we teach, role-model and reinforce all levels of language acquisition and development.

Headteacher Vic Goddard flags up some big concerns over the proposed new framework, and the unintended consequences for school leaders. Have any of these come to pass?

2. Deep Dives: Will Ofsted’s plan to check up on the curriculum really work?

Policy expert Tom Richmond delves into the detail on how those ‘deep dives’ will actually work. What he found caused concern for many in the sector.

Completing an Ofsted top three – academy trust chief executive Dan Morrow revealed what a new inspection was like. His take was pretty glowing: “At no point did it feel like we were having inspection done to us. We were encouraged to feel like we were working with colleagues, and we did.”

And last, but not least, our most read feature interviews. In reverse order:

Features reporter Jess Staufenberg sat down with the Conservative education policy supremo who, just a few months later, it was revealed had helped write the party’s general election manifesto. Here’s the inside story of how Wolf became one of the sector’s most influential thinkers.

Former features editor Cath Murray visited Thomas Tallis school to check on its attempts to reduce exclusions. It came amid a growing spotlight on how schools are using exclusions that culminated in the government publishing the findings of its Timpson review.

Chief reporter Freddie Whittaker visited Anderton Park, the Birmingham school led by Hewitt-Clarkson at the centre of a row over LGBT lessons. The inspirational head opens up about how she dealt with the protests.

In a landmark legal case, the high court later ruled an exclusion zone around the school banning the protests could be made permanent.