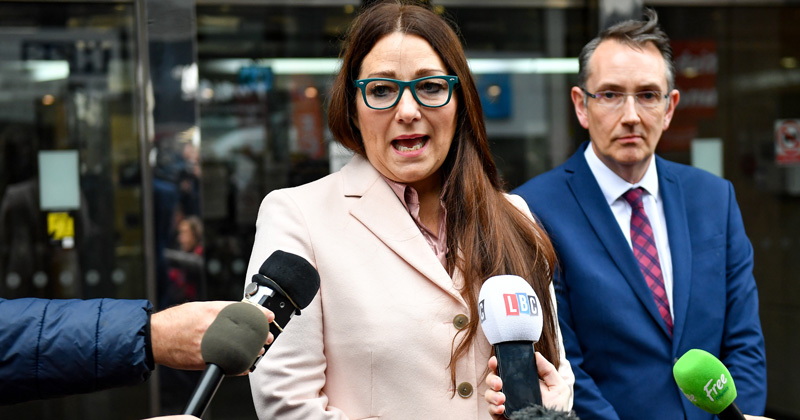 The headteacher of a school at the centre of fierce protests over LGBT-inclusive lessons hopes her landmark court victory will protect other schools from abuse.

Sarah Hewitt-Clarkson has spoken of her “relief” after the High Court permanently banned protesters from outside the gates at Anderton Park primary in Birmingham.

Now our case is a piece of case law. It can be used in other legal challenges and defences in the future

Justice Warby ruled on Tuesday that equalities teaching at the school was “lawful, indeed necessary” and that an exclusion zone outside the school could remain in place in perpetuity.

Protests began in spring amid claims the lessons “sexualised” children and that the teaching about LGBT rights conflicted with the religion of parents.

Birmingham City Council secured a temporary injunction in June, but had to go back to court last month to make the situation permanent.

In his ruling, Justice Warby said the school’s teaching had been “misrepresented, sometimes grossly misrepresented, in the course of the protests”, and that the religion of parents did not override the need to teach about equalities.

Speaking to Schools Week following the ruling, Hewitt-Clarkson said she was “completely delighted” by the outcome, and hoped the ruling would set a legal precedent that would help other schools if a similar situation arose.

Hewitt-Clarkson said the most important part of the ruling was Justice Warby’s insistence that “it is lawful, indeed necessary to teach equality in the way adopted by the school. Religious convictions cannot trump that”.

“It’s there in black and white,” she said.

“Having been through this legal process, I now understand far more about case law . . . and how barristers actually have to prove their arguments using case law. Now our case is a piece of case law.

“It can be used in other legal challenges and defences in the future.”

Protesters claimed the school had sought to “teach and promote” LGBT subjects and had done so “under the guise of British laws” and without proper consultation.

This education, they claimed, had had “a destructive impact on their religious and cultural traditions”. 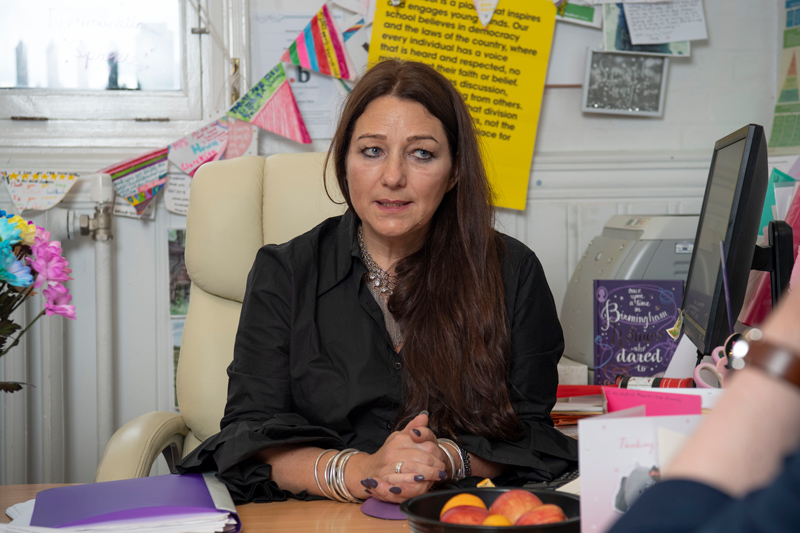 Hewitt-Clarkson in her office

But Justice Warby ruled the school was not teaching what the protesters claimed it was, and that statements included in their leaflets about the content of the curriculum were false.

Paul Whiteman, the general secretary of the National Association of Head Teachers, said the judgment “makes it abundantly clear that the school gate is no place to hold a protest”.

“An end to the protests will help everyone involved restore a peaceful and productive teaching and learning environment as swiftly as possible.”

Hewitt-Clarkson said she hoped the ruling would embolden other heads to teach about equalities, something they have a legal duty to do under the 2010 Equality Act.

“I don’t think it’s a great state of affairs if schools have been shying away from talking about equality because they are afraid of these kinds of reprisals,” she said.

One of the catalysts for the protests is believed to be the government’s decision to update the relationships and sex education curriculum and roll it out to all schools from next year.

“We weren’t trying to prove anything,” Hewitt-Clarkson said. “It’s not like we’d launched a new scheme or a new idea or some magical way of thinking or teaching. We hadn’t done anything different.

“Everyone who works here or comes to this school knows that already. Yes, it’s been proved in a court of law that we did nothing wrong, but we knew that already.”

A Department for Education spokesperson said: “We’ve long said we want to end these protests and encourage positive dialogue . . . We continue to work with the school and parents to encourage positive and constructive engagement.”