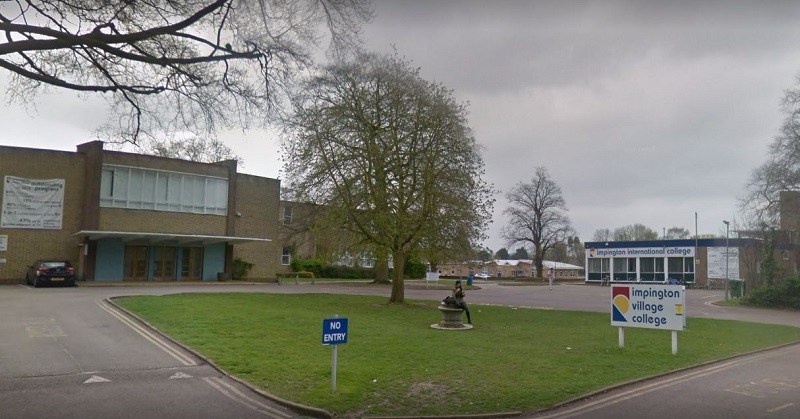 Inspectors allegedly told school leaders that awarding an ‘outstanding’ rating was out of the question because they ran three-year GCSEs.

The findings question Ofsted’s insistence it has no “preferred curriculum” or stance on the length of a schools’ key stage 3 and 4.

More than half of schools now run lengthened key stage 4, dropping a year from key stage 3 to cater for the new, tougher GCSEs.

The inspectorate has insisted it has no rule barring schools with three-year GCSEs from achieving ‘outstanding’.

But Ryan Kelsall, head of Impington Village College, in Cambridgeshire, claimed inspectors would not convert a section 8 visit into a full inspection to be upgraded to ‘outstanding’ because it ran three-year GCSEs.

During an inspection in November, Kelsall claims the inspector asked him if it was a “genuine two-year key stage 3” and warned there was “no way you could possibly teach the national curriculum then.

“When we got to the final meeting, his response was ‘you know what it says in the handbook. It says the curriculum needs to be broad at key stage 3 and because you do your options at the end of year 8 I don’t think it’s broad enough’. That was the end of the discussion.”

The academy, which retained its ‘good’ rating, is an international baccalaureate world school with all pupils studying six subjects until the end of year 13.

Kelsall said the school has an intensive enrichment programme with 70 per cent of pupils taking the English baccalaureate. He claimed Ofsted’s inspection dashboard shows Impington is also in the top 20 per cent of schools for every category.

The inspectorate pledged its new framework would focus more on curriculum and less on outcomes.

But Kelsall said: “It asks some significant questions about what the role of Ofsted is and whether it’s its position to make those kind of ideological or curriculum-based decisions.

“It is making judgments about things it really doesn’t need to.”

Bramhall High School in Stockport was rated ‘requires improvement’ after an inspection on September 25.

Lynne Fox, its head, told Schools Week the lead inspector referred to the school’s two-year key stage 3 curriculum as “the elephant in the room” during a telephone conversation the day before the inspection.

She claimed the inspector repeatedly – and incorrectly – said the school could not be “legally compliant” as a maintained school with that curriculum.

The school, which has now been rated ‘requires improvement’ three times since October 2014, had a positive monitoring visit in April 2018.

Fox said Bramhall was due for inspection during the summer – when it would have been judged under the old framework – but Ofsted delayed the visit until September.

She claimed the lead inspector told her the “argument would have been whether [the school] was ‘good’ or ‘outstanding’” under the old framework.

Bramhall’s inspection dashboard also shows it is in the top 20 per cent of schools nationally for attainment and progress.

Fox said Ofsted’s view on the curriculum was “so biased that the inspector would just not see beyond it.

“We’ve ended up with a really damaging judgment that will be here probably for two or three years.”

The school and 300 parents have complained to Ofsted about the report, published on November 5.

Three secondaries have been rated ‘outstanding’ under Ofsted’s new framework. One of those, Castleford Academy in West Yorkshire, has a shortened key stage 3.

But Daniella Cook, Castleford’s associate head, said the school used year 9 as a “gateway year” where GCSE options were not taught until the Easter term. It “thoroughly checks” all elements of the national curriculum were covered by the end of year 8.

Dan Townsend, head of history at a secondary school in London, was supportive of Ofsted. He understood difficulties for schools whose students struggled with the new GCSEs “but the erosion of key stage 3 should not have been the answer. Instead schools should have ensured ample hours were provisioned at key stage 4.”

A spokesperson for Ofsted said it had “no view about whether key stage 3 should last for two or three years, and this is not a determining or limiting criterion within the handbook”.

But they added research showed that a “narrowed curriculum” could limit pupils’ choices and have a “disproportionately negative effect” on disadvantaged pupils.