The number of academies switching trusts has fallen to its lowest level since 2016, despite a government drive for standalone schools to join larger trusts.

New Department for Education figures show only 176 academies moved to a different trust in the 2020-21 financial year, making up 1.8 per cent of all academies.

Experts say the slowdown may partly reflect Covid disruption. But it is also likely to concern ministers given a renewed drive for all standalone academies to join multi-academy trusts.

There were more than 1,300 single-academy trusts in 2021, but just 126 academies chose to transfer to a new trust in 2021-22. Transfer numbers for SATs specifically have not been released, but they are likely to be lower than 126 as some transfers will have been MAT-to-MAT.

The number marked an increase of eight voluntary transfers on 2020-21, but remains down significantly on the 183 trust-initiated transfers in 2018-19.

The number of forced transfers also fell to 25, down from 42 a year earlier and the lowest level since records began noting transfer reasons in 2017-18. Such transfers typically follow ‘inadequate’ inspection ratings, with switching trust seen as a key vehicle of school improvement.

Another 25 schools transferred because their trusts or sponsors closed.

In a recent survey, two in five trusts said Covid disrupted their growth plans, and standalone academies are also likely to have been focused on grappling with the pandemic.

Meanwhile the pausing of Ofsted inspections during Covid reduced the number of new ‘inadequate’ ratings that often prompt forced transfers.

But Cornish said the complexity and cost of transfers could be a deterrent too, with a case for more DfE funding to be provided.

DfE guidance states transfer funding is “by exception” and typically only during “intervention” rather than voluntary cases.

New figures show only 40 of the 176 transfers attracted cash. Total funding provided for transfers in 2021-22 was the lowest since at least 2016-17 when comparable records began.

Only £1.7 million was dished out, down from £3.2 million in 2020-21, even though the same number of transfers received funding.

The reason for the funding decline is not spelled-out. Funding is often based on Ofsted ratings, with awards varying from £70,000 to £150,000, and secondaries attracting more. A £25,000 grant can be offered for transfers on financial or governance grounds.

Ministers faced calls earlier this year to hike separate trust capacity funding. Central capacity was the second most cited barrier to growth in The Key’s survey.

Another sector survey recently saw one trust warn they had “front-loaded” their central team to support growth, but it was “costing more than we bring in” – and they fear cuts if growth plans do not materialise. Leaders said growth was their second biggest challenge.

Another reason for limited transfers is limited trust and school enthusiasm.

Experts have highlighted smaller trusts’ “limited appetite for supersize status“, and only 42 per cent of even large MAT trustees in a National Governance Association poll last year said their trusts’ planned to grow.

The NGA poll also found 43 per cent of NGA members at SATs had not even considered joining MATs, and 24 per cent had decided against it.

One high-profile SAT, Holland Park School in west London, has seen a significant backlash among parents, staff, and the local authority over plans to join the country’s largest trust, United Learning. DfE officials and advisers will decide today whether to back the transfer.

Single-academy trust numbers have fallen in recent years however, potentially fuelled by financial viability concerns, opportunities for collaboration and DfE or diocesan pressure. 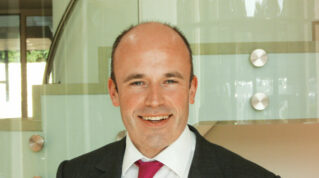