A high-profile grammar school’s bid to spread its “values and high aspirations” among others was dealt a major blow after the secondary modern it sponsors was rated “inadequate”.

The Odyssey Trust for Education, established by Townley Grammar School, is now considering its future, as it could be forced to hand King Henry School to another trust to turn it around.

The news may also mark a setback for ministers’ drive to encourage more grammars to support other schools through multi-academy trusts, with critics and supporters alike of selective schools warning against it.

Meanwhile Conservative leadership contender Liz Truss is reported to have vowed to overturn the ban on new grammars if made prime minister.

The Odyssey Trust for Education’s two schools in south-east London hit the headlines in 2018, when both featured in a BBC documentary about selection called “Grammar School: Who Will Get In?”.

The MAT was formed following the series in an unusual tie-up between an “outstanding” girls’ grammar school and a local secondary modern academy, previously known as the Erith School. It is just one of a small number of selective schools to make such a move, with most grammars now standalone academies.

That year then-schools minister Nick Gibb had urged grammar schools to take responsibility for struggling schools in their areas.

The trust and school websites say it reflected Townley Grammar’s desire to have a “positive influence on students in the wider area”. Executive headteacher and CEO Desmond Deehan (pictured) wrote of his “sincere belief that the values and high aspirations at the heart of great grammar schools can apply equally to schools that do not select”.

Leaders were reported to have “low expectations” of pupils’ behaviour, with “frequent” bullying and a significant minority not attending lessons or accounted for while absent.

The curriculum is “poorly adapted” to pupils with special educational needs and disabilities and their needs are not being met, despite efforts to improve how needs are identified.

While the curriculum is broad and balanced overall, leaders are “not ambitious” for more pupils to study the EBacc. Too many pupils show “poor attitudes to learning” and a “lack of respect” to others is said to go unchallenged.

Trust’s future up in the air

Felicia Squire, chair of the trust, said in a letter to parents that the inspection followed a “turbulent period following the pandemic”. Work was underway to stabilise the academy.

She said the Leigh Academies Trust, which has 31 schools in the south-east, would be providing support from September, “in agreement with the Department for Education”.

The DfE and Leigh are also “considering whether King Henry School should transfer on a permanent basis”, she said, adding that trustees recognise more capacity is needed.

The letter said trustees “do support this suggestion”, but it was out of their hands. DfE regional directors have the power for force academies to switch trusts.

While KHS is the trust’s priority, Squire added: “It will be right to start thinking about what is best in a world where the government’s stated policy is that every school in the country should be an academy and that every academy should be inside a multi-academy trust.”

The comments suggest the future of the trust itself is now up in the air, and it is understood nothing has been ruled in or out.

Ministers will hope the Odyssey Trust for Education’s difficulties do not deter other grammar schools from getting on board with their vision for more grammar-led MATs, or dent perceptions of selective schools more widely.

Deehan spoke previously of the “moral courage” it had taken to launch the “ambitious” trust, and the challenges of supporting other schools on “constrained budgets”.

He has also linked the trust’s name, based on a Greek epic poem about a hero’s tough voyage home, to the trust’s “journey that will have many challenges, and will often seem uncertain”.

Few grammars have similarly founded trusts aimed at supporting local schools. Only 52 of 164 selective schools in England are currently in multi-academy trusts.

Among the rest, 92 are standalone academies. Another 20 are foundation, maintained, voluntary-aided or voluntary-controlled schools.

It comes after another recent blow for the government when a peer revolt forced them to rewrite and delay their schools bill, which included plans to protect grammars’ selective status within MATs.

Earlier this year, Dr Mark Fenton, CEO of the Grammar School Heads Association, said some schools had been “thinking seriously” about getting involved in trusts, but needed “assurances” about their status, and many were also cautious about losing their autonomy.

Dr Nuala Burgess, chair of the anti-selective Comprehensive Future campaign group, said: “It is a warning to anyone who believes that more grammar schools are a ‘quick fix’ to solving all our educational woes.”

She called it “patronising” to assume grammar schools had expertise to bestow on non-selective schools, given many of the latter have to deal with more pupils with additional learning needs or from disadvantaged backgrounds.

“Grammar schools are not superior establishments, their results are achieved by cherry-picking pupils.”

Meanwhile Robert McCartney, chair of the National Grammar Schools Association, which lobbies for selection, agreed it was “not the function of grammar schools to merge to some degree with a failing comprehensive, and hope its DNA will raise their level”.

He argued this meant the “status of the grammar school dropped, rather than the comprehensive school improving”.

A DfE spokesperson said it wanted all schools including grammars to benefit from the support MAT structures can provide, saying strong MATs had a “good track record of improving underperforming schools”.

Officials noted grammars were among the country’s best-performing schools, with 74 per cent “outstanding”.

McCartney argued grammars should be fighting the idea that selection is “anathema”, and encouraging students to apply – while the government should scrap its “absolutely outrageous” ban on new grammars.

“Talent is wasted” in the many areas without grammars, he said, adding that as a former lawyer and MP he was “rescued educationally” by selective education.

Tory leadership candidate Liz Truss also recently told the 92 Group of MPs on the right of her party she would allow new grammars- though rival Rishi Sunak twice declined to do so in an interview with the Telegraph. 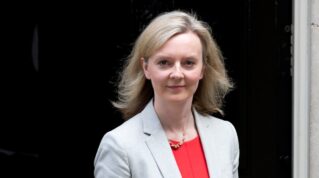 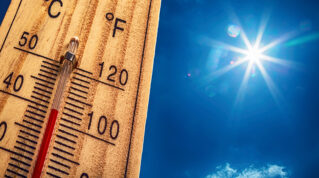