When I arrived at Great Yarmouth Primary Academy it was clear there was work to be done. A few months previously the school had been rated ‘Inadequate’ by Ofsted following a succession of headteacher and senior leadership changes. Behaviour was highlighted as a real concern, exclusions were high and the attendance rate deeply concerning.

All this happened under Inspiration Trust’s sponsorship of the school, and there could be no hiding from that. Poor behaviour was the legacy of rapid turnover in school leadership, as newcomers brought in their own initiatives and left with those half-finished. Some had been quietly dropped while others carried on as baggage even as new leaders came in with their own ideas. The result was staff working in siloes, with no consistency in their approaches and no shared pride or purpose in their work.

Bringing in an entirely new behaviour system would have just been more of the same, not least because staff knew that for all our new ideas, we might not be there long enough to make a difference. So rather than washing our hands of the past, we engaged with it. We looked at the systems in place, identified what worked and chopped out anything holding us back. We knew less was more, and that instead of bringing in another new system, we could simplify what was already happening.

We introduced our chosen routines on our first INSET day, practising them with staff through live role plays. There was initially some resistance from staff, who’d seen any number of initiatives come and go and who were less than keen to engage with the role plays in front of their peers. But they also knew something had to change. Live modelling these sessions means teachers fully understand what they’re doing and are comfortable delivering it. It’s something that we’ve adopted across all CPD sessions now, not just those on behaviour.

After the staff, we were amazed at how quickly our pupils bought in. In our first assembly we spoke about bringing pride back into the school and proving to everyone what kids from Yarmouth could do. This was such a success that we still use this terminology now, encouraging our pupils to show off to the world what they can accomplish. And even though in many cases we were stricter than what had come before, we still saw a decrease in exclusions right from the start as pupils bought into our work.

What I did find surprising (and in my view the most telling indictment of what had come before) was children coming up to me to say our work meant they now felt safe walking around school. They explicitly referenced our systems as reasons to feel happier in school.

With these in place, we could then build on them. The inclusive leadership course run by The Difference, which taught us about trauma-informed practice, was of huge importance to that. It helped us understand the neurobiology behind behaviours, the chemicals released into the bloodstream at moments of high stress and anxiety, and how these are influenced by the different traumas pupils have experienced.

Armed with these physiological facts, our staff could better understand why some pupils reacted to certain triggers, and could then approach them in a more compassionate fashion. This proved so successful at school that we offered it out across the whole of Inspiration Trust, where it has been well received and proven impactful.

At GYPA, that impact is clear for all to see. Exclusions have reduced by more than 80 per cent, while attendance has improved year-on-year to the highest in the local area, and above national average. Meanwhile, our recent ‘good’ Ofsted specifically highlighted the positive culture across the school.

We’re not complacent about behaviour and we by no means see this as a battle won. In fact, with these strong foundations now in place, we are working to make our systems more nuanced and more supportive.

As are Inspiration Trust, whose learning journey just goes to show that in the most effective organisations, culture change is just as bottom-up as it is top-down. 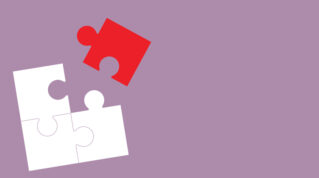