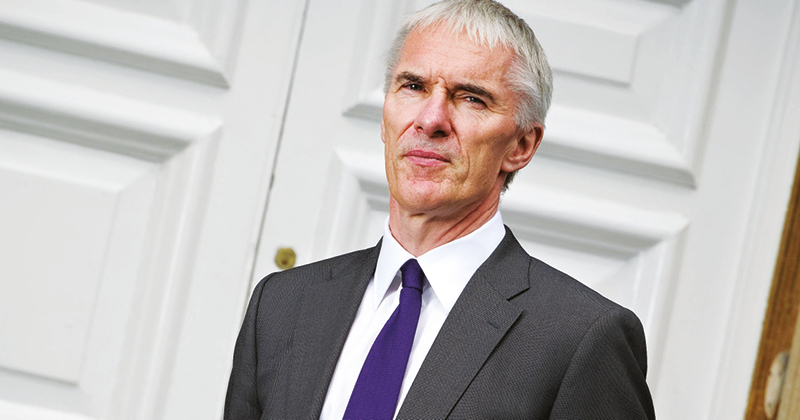 The regional schools commissioner for north west London and south central England has announced he will return to the schools sector once his contract ends this year.

Former headteacher Martin Post is one of just three RSCs to have served in the role since it was created almost five years ago. Most of the original line-up has already moved on, many of them to top roles in the academies sector.

It follows an announcement by the Department for Education that it plans to make “operational changes to the work of regional schools commissioners” to make their teams more “joined-up”. It also comes after RSCs’ powers were curtailed by the education secretary Damian Hinds, preventing them from sending their staff to inspect schools.

In 2014, the original eight RSCs were all given five-year fixed-term contracts, and Post received a round of applause at a Westminster Education Forum event today when he said he was “one of the few that’s actually going to serve out the five-year contract”.

“I’ve had the real pleasure of being an RSC for five years and I said to my wife ‘I could retire’,” said Post, who according to DfE records was appointed in August 2014.

“That lasted about five seconds I think, and so I’m looking forward to coming back into the sector and I think it will be really interesting to sit at the Westminster Education Forum next year in your seats and quiz my successor. I’m really looking forward to that.”

The only RSC to have served longer than Post is Dominic Herrington, who was appointed one month earlier in July 2014. However, Herrington was appointed on a rolling contract because he was already a civil servant.

It was announced last week that Herrington will be permanently taking up the role of national schools commissioner, and a replacement RSC for south east England and south London will now be appointed.

The only other original RSC still serving is Janet Renou, who works in the north of England. It is unclear if she will stay on beyond the summer.

It is also not clear what new role Post – the former headteacher of Watford Grammar School for Boys – will take up, or when, but he is just the latest RSC to announce plans to take up a role in the education sector.

In February it was announced that Lisa Mannall, RSC for the south west, would leave her role after less than two years to head up the Cornwall Learning Education Trust.

Tim Coulson, formerly RSC for east of England and north-east London, left the job to run the Samuel Ward Academy Trust in 2017, the same year that Rebecca Clark – Mannall’s predecessor in the south west – took a top job with Ark schools.

Pank Patel, the former RSC for the West Midlands, joined the George Salter Academy in 2016, and back in 2015 the commissioner for Lancashire and West Yorkshire, Paul Smith, resigned to become chief executive at Future Academies.

Schools Week understands Janet Renou, RSC for the north of England, will also leave her post when her contract ends this year.

Two veteran regional schools commissioners will leave their posts later this year as the Department for Education prepares to shake-up the role.

Martin Post and Janet Renou have served as commissioners since the posts were created in 2014, but are due to leave when their contracts finish this year.

The DfE announced last month it would make “operational changes to the work of regional schools commissioners” to make their teams more “joined-up”.

A source told Schools Week the changes were about “broadening the regional systems with a senior civil servant in charge”.

It is understood that RSCs will have to reapply for their jobs. The DfE, however, would not comment on any changes.

The departure of Post and Renou, both former headteachers, will leave few school leaders in key school-facing roles at the department.

The department would not comment on the departure of Renou, who works in the north of England, but Schools Week understands she will leave when her contract ends in September.