While the government’s Net Zero strategy lacks much focus on schools, the Department for Education has been sowing the seeds of a plan. With just over a week until the COP26 climate change conference, Schools Week investigates …

Boris Johnson vowed to put schools, homes, workplaces and hospitals “at the heart” of the green economic recovery in his “Green Industrial Revolution” last year.

But the word school is mentioned just eight times in the government’s Net Zero Strategy published this week.

However, we have been told the government is bringing “forward” a strategy to set out how education will “support the UK to meet its net zero target, become more resilient to climate change and improve biodiversity”.

The strategy will “include a focus on ensuring excellence in education for a changing world, which will prepare children and young people with the knowledge and skills they need to contribute to the green economy”.

Gavin Williamson, the former education secretary, said in July he hoped to launch a consultation on the sustainability and climate change strategy between November and January this year. The final strategy would be published in April.

Williamson told the environment and climate change select committee it would be “the starting point of a programme of change in guidance, policy and communications to lead and coordinate the education sector towards our net zero targets and a more resilient education estate”.

The government wants the Department for Education to be a “trailblazer on climate education”.

The DfE has set up a “sustainability and climate change unit” and is recruiting an environmental analyst or scientist to “make sure decision-makers in the department are aware of the environmental impact of new policies and major programmes”.

One of the first schemes to surface publicly is a virtual nature park and climate leaders’ award, run by the National History Museum.

According to tender documents, seen by Schools Week, the scheme will “connect children to nature throughout their school journey and develop climate change and nature leaders of the future”.

While few details have been announced, the awards will be linked to a pupil’s educational stage and “complement the curriculum”, with £99,000 set aside for the contract.

The award was inspired by the Dasgupta review, a landmark study commissioned by the government on the economics of biodiversity.

It was also calling for people to use a #OneStepGreener hashtag, saying “we could all do more to tackle climate change” such as litter picking.

Time for a greener curriculum in schools?

Ministers face pressure to include more climate change in the national curriculum – but there’s been no hint of how they will do this.

Dr Meryl Batchelder, science subject leader at Corbridge Middle School in Northumberland, said climate change was “pretty much absent” in the curriculum in England. It was not mentioned in key stage 2, and she estimated that it formed 0.8 per cent of the key stage 3 science curriculum.

In response to her letter raising concern, Robin Walker, the schools minister, agreed that young people were taught about climate change, but “related topics” were taught throughout science and geography, including at primary.

A DfE spokesperson said teachers “have the freedom to expand on these areas if they wish to do so”.

Batchelder said that while the DfE might argue that there was some curriculum flexibility, “with so much else to cover it’s tricky to extend the environmental topics whilst covering everything else”.

Mark Castle, the chief executive at the Field Studies Council, said field work where children engaged with nature had been “squeezed” out, particularly during the pandemic.

Lord Jim Knight, a former schools minister, has tabled a draft law to make “provision in the national curriculum regarding sustainable citizenship and protection of the environment”.

The Labour peer told the Lords in July that the bill aimed to update the definition of citizenship to include lessons on learning “to protect and restore the natural environment for present and future generations”.

Also sitting in ministers’ in-trays are the proposals for a natural history GCSE, which has been more than three years in the making.

Tim Oates, the group director of assessment research and development at Cambridge Assessment, was involved in the GCSE’s development. He said the GCSE aimed to “remedy … aspects of current debate about ‘young people caring’ and ‘older people not’ – which are destructive of intergenerational trust”.

“It signals that the state, schools and the education system share young people’s concerns about the health and welfare of the natural world.”

He shied away from curriculum overhaul, though, and instead suggested schools used the National Association for Environmental Education curriculum guides for schools.

Battle of the ageing buildings

Williamson said in July one of the “key challenges” was ensuring the education estate “contributes” to the government’s 2050 net zero carbon target and was “more resilient to climate change”.

Ageing, energy-intensive school buildings are a problem for the government.

Currently schools in this country contribute 25 per cent of carbon emissions from the public sector.

A DfE report earlier this year found that 8 per cent of the school estate were built before 1900, while 9 per cent date back to the first half the 20th century.

The government has launched a new ten-year school rebuilding programme, committing to 500 rebuilding projects over the next decade.

Williamson claimed that since 2015, the DfE had allocated £11.3 billion to maintain and improve the condition of school buildings, including improving efficiency.

But the department has admitted that repairing or replacing all defects in England’s schools would cost another £11.4 billion.

Windsor Academy Trust in the West Midlands got £2.4 million to help replace windows and a boiler, and install solar panels on the roofs of their secondary schools.

Rob Dunn, its chief operating officer, said it would have taken up to ten years to raise the funds. “We are on a mission to become one of the most sustainable trusts in the country.”

Hayley Dunn, a business leadership specialist at the Association of School and College Leaders, questioned whether the government could win funding for addressing basic school repairs while also delivering its climate change promises. 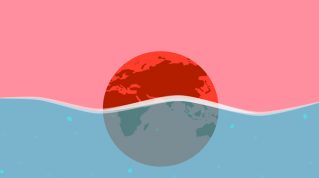 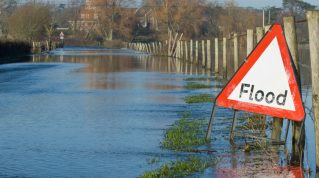