Repairing or replacing all defects in England’s schools will cost £11.4 billion, the Department for Education has admitted. It is almost double a previous estimate for bringing the state up to satisfactory condition.

The government has finally published key findings from its condition data collection, which ran between 2017 and 2019 in 22,031 schools.

It concluded that the modelled cost of “remedial work to repair or replace all defective elements in the school estate” is £11.4 billion, with the average secondary school needing £1.6 million worth of work.

The last spending review allocated just £1.8 billion to “maintain and improve” school buildings this year, although the DfE has also pledged to fully or partially rebuild 500 schools over the next 10 years.

A previous property data survey by the department had estimated it would cost £6.7 billion to return all school buildings to satisfactory or better condition. 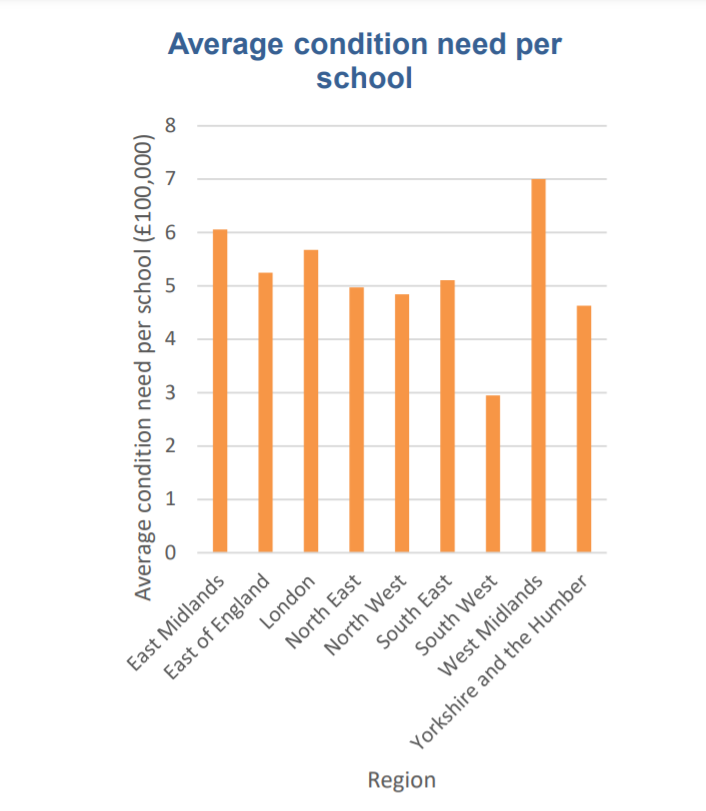 According to the DfE’s report, the condition need of schools varies from region to region.

The average school in the West Midlands needs £700,000 spending on it, more than double the £300,000 average cost of repairs at schools in the south west.

The report also gives an insight into how old some school buildings are.

Eight per cent of the school estate comprises blocks built before 1900, while 9 per cent comprise blocks dating back to the first half of the 20th century.

But it isn’t the oldest blocks that have the highest cost need. 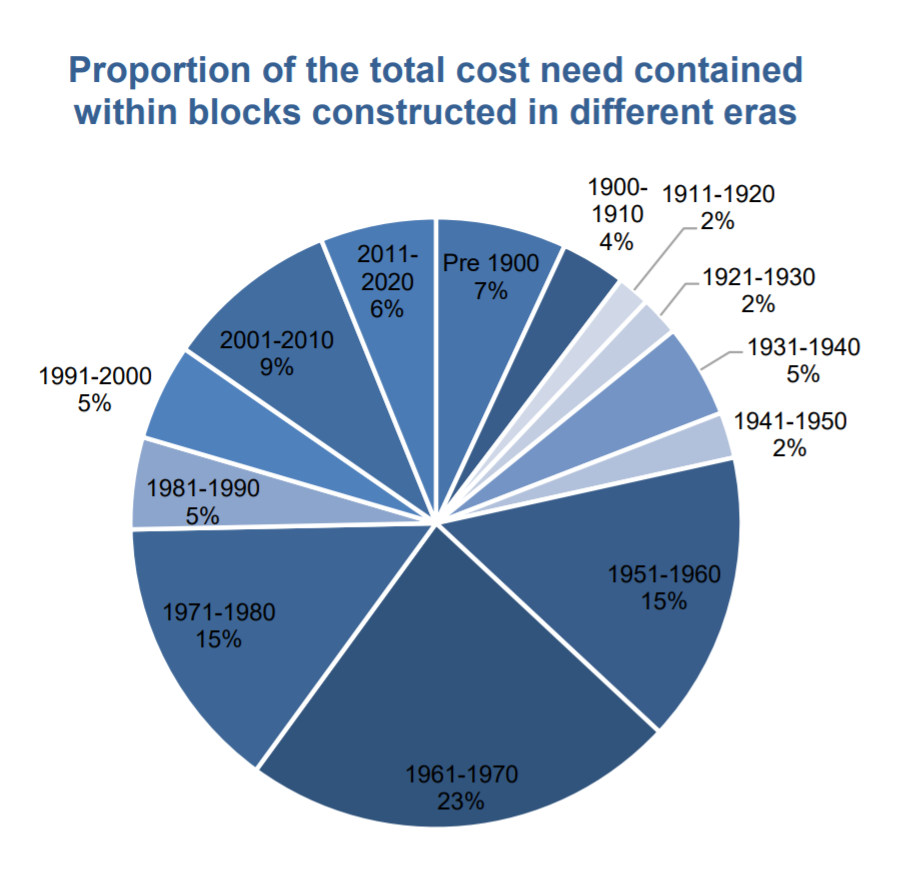 Twenty-three per cent of the estate’s condition need is in blocks from the 1960s alone, and blocks built between 1951 and 1980 represent over half of the money needed between them.

The data also shows that secondary schools, all-through schools and 16-plus institutions need far more money invested in them on average than other school types.

Electrical services represent the greatest condition need, with an estimated cost of £2.5 billion for things like mains switch panels, lighting and IT infrastructure. 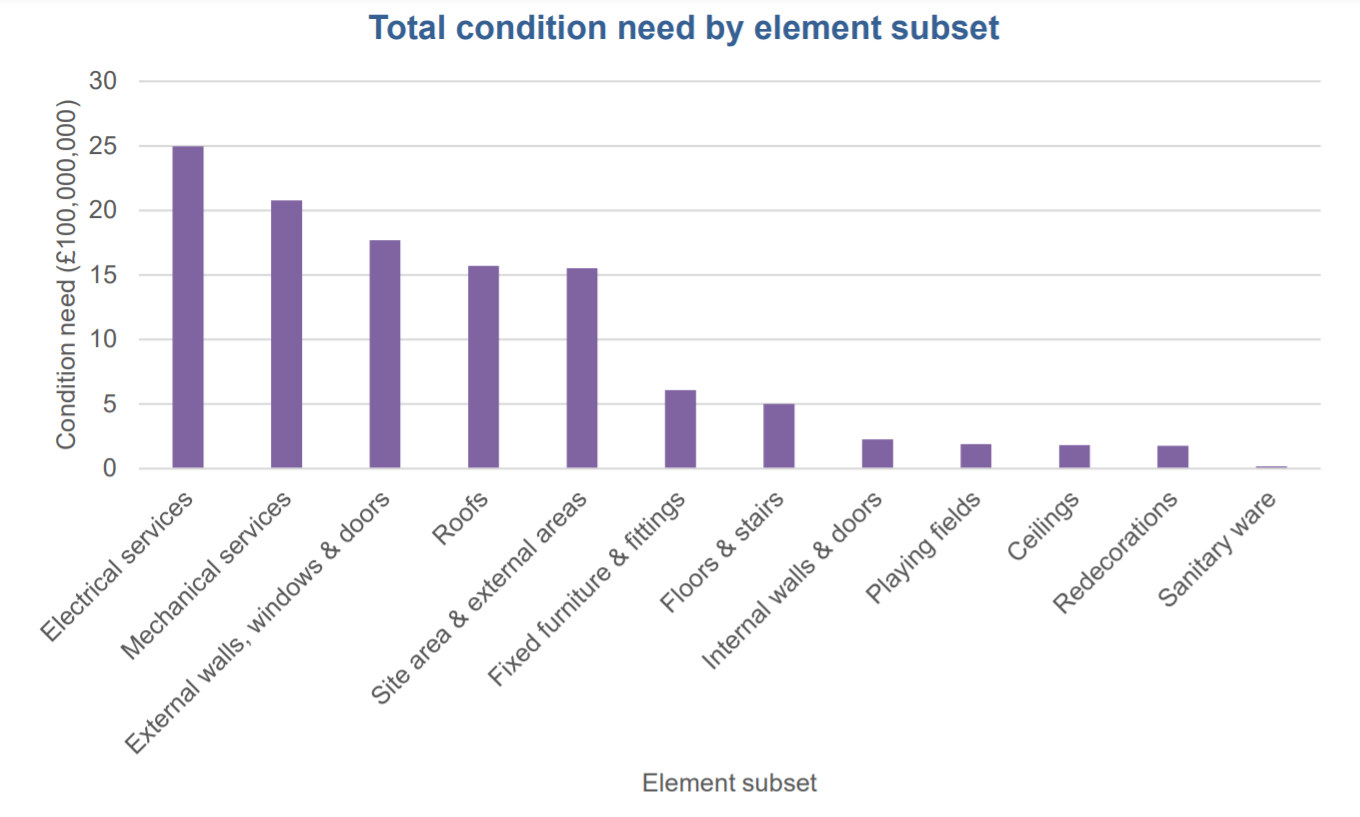