The Department for Education has refused to say when key stage 1 SATs will be scrapped, after pencilling-in rough dates for the tests in both 2023 and 2024.

The tests for seven-year-olds were due to become non-statutory from 2023 following the introduction of the reception baseline assessment, which ran for the first time last autumn.

But the department has now confirmed rough dates for key stage 1 SATs up to 2024 “as a precautionary measure to aid with school planning”.

But, when asked by Schools Week, the DfE refused to say exactly when the change would come into effect, only saying the year would be confirmed in “due course”.

Replacing them with a baseline test for children in their first term of school would create a more “stable and proportionate” primary testing system, she said at the time.

The new baseline assessment was due to become statutory in 2020, but its introduction was pushed back to 2021 following the cancellation of all primary tests as a result of the Covid pandemic. 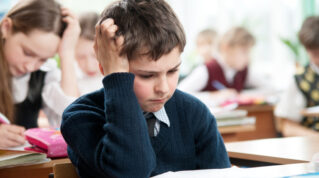