The Department for Education is “actively encouraging” schools to use in-house tutors and academic mentors in “support of teaching” when they face staff absences, a senior official has revealed.

Graham Archer, director for education recovery at the DfE, told MPs this morning that schools could use staff employed through the school-led tutoring and academic mentors arms of the National Tutoring Programme to support teaching “where that is necessary”.

Schools Week revealed last year how a report by Teach First on the first year of the academic mentors scheme found about one in five schools involved used mentors with qualified teacher status to provide teaching cover.

Archer and schools minister Robin Walker were questioned by the education committee about the NTP this morning. Figures published yesterday showed the flagship catch-up scheme had reached just 15 per cent of its ramped-up target by the end of the first term of this year.

The government also announced today at least 585 ex-teachers had come forward in response to its call to arms for additional supply cover during periods of high staff absence. Last week, around 44,000 teachers (9 per cent) were absent.

Walker was asked whether the drive for more supply staff meant the government was “fishing in same pool” as the tutoring programme.

He pointed out that “many of the people working on the tutoring programmes are not fully-qualified teachers, and so there won’t be a complete overlap”.

But he admitted that the government had “also seen…some of those people who are working, particularly on the school-led route within the tutoring programme, they have actually been able to provide some support and cover to colleagues within school”.

“So it’s not as straightforward as a direct competition, but I accept that there are probably some pressures from the fact that we’re recruiting on both.”

Archer told MPs the government was “actively encouraging schools who have tutors on their payroll, either academic mentors or through the school-led route, to use them in support of teaching where that is necessary and makes most sense, where there are staff absences that require that”.

“So we are clear about how schools should behave in that set of circumstances.”

The DfE is yet to publish details on how many pupil premium children the NTP is reaching against this year’s 65 per cent target.

Archer said it is “tricky to monitor” because of the three tuition pillars of the NTP (tuition partners, academic mentors and school-led tutoring).

Although “relatively straightforward” for tuition partners, they were “unclear” on school-led tutoring and will only know with “confidence” when they have census data later this year.

Karen Guthrie, programme director of the NTP for outsourcer Randstad which runs the scheme, said data would be published by DfE “shortly”, but they were “working toward” the target.

Asked about the demand so far, Guthrie said schools are deciding to use the programme, but the NTP has “work to do” and schools have “a lot on their plate” at the moment.

Walker said tutoring take-up tends to pick up towards exam season, with Archer adding in “broad terms” they are where they would expect to be at this stage in the NTP.

Walker said there is “of course…further to go”, adding they “want [Randstad] to go further and faster on this”. 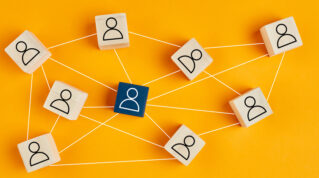 Three week contract dispute with Randstad comes to a close