Pupils at more than two thirds of schools are still waiting for their Covid vaccinations as leaders say stretched jab teams are unable to cope with demand.

It comes as new attendance data reveals a 67 per cent leap in a fortnight in the number of children off because of Covid.

Experts are now calling for walk-in centres to boost the inoculation of 12 to 15-year olds.

Scotland – which has opened walk-in centres for children – has vaccinated, proportionally, three times more of its eligible pupils than England.

Geoff Barton, the general secretary of the Association of School and College Leaders (ASCL), said the union was increasingly concerned about the speed of the vaccination rollout.

Not enough staff to cope

A TeacherTapp survey of more than 5,000 teachers on Tuesday found just 21 per cent had pupils who had started to be vaccinated. Another 9 per cent said the programme would start this week.

School sites have been used to vaccinate pupils aged between 12 and 15 since September 20.

The vaccinations are done by the School Age Immunisation Service (SAIS), with about 60 teams working across England. The teams are made up of clinical staff, such as paediatric nurses and school nurses.

There are about 3,400 secondary schools.

Barton said schools had reported that SAIS teams “underestimated the challenge of vaccinating so many students at once”. Instead they had to provide vaccinations to “certain year groups and arrange to return at a later date”.

Schools had also reported cancellations as demand outstripped supply and issues developed with a parental consent website. Schools also had to “manage the administrative process without sufficient time to make these arrangements”, Barton said.

An SAIS team member, who Schools Week has chosen not to name, claimed uptake was “much higher than anticipated and we just don’t have enough staff to cope”. The team has paused the flu vaccination programme to concentrate on Covid, the team member said.

“It’s a much slower process with teens, due to checking consent. They just need more time spent with them compared with adults,” they added.

Barton said it was important the programme was properly resourced so it could be rolled out as quickly as possible.

Data from the UK Health Security Agency (UKHSA) revealed that as of Sunday, just 9 per cent of 12 to 15-year-olds in England had received the vaccine. This represents about 257,400 children.

Meanwhile, Scotland, which began vaccinations at the same time, had vaccinated 27.9 per cent of its 12 to 15-year-olds as of Wednesday, representing more than 65,000 children.

Children in England are not eligible to visit the walk-in centres responsible for most adult immunisations.

But north of the border, children are offered their injections in drop-in clinics and community settings.

Helen Salisbury, a GP and lecturer at the University of Oxford, said the decision to solely use SAIS was “sensible… But it only really works if you’ve got enough staff in school medical services and they haven’t – it’s a really under-resourced sector”.

She said many parents had queried why they couldn’t take their children to other centres. “It seems the staff that are capable of doing it are not in the place where the kids are.”

Dr Deepti Gurdasani, an epidemiologist at Queen Mary, University of London, said there was a sense of urgency around adult vaccination, “which is just not there for childhood vaccination”.

Kids with Covid miss out on jabs

Data published by the Department for Education estimated 204,000 pupils, or 2.5 per cent of the pupil population, were absent for Covid-related reasons on September 30, a 67 per cent rise from the 122,000 absent on September 16.

The UK’s chief medical officers initially recommended the vaccination of 12 to 15-year-olds in a bid to reduce Covid-related disruption in schools.

But pupils who test positive have to wait 28 days before they can receive the vaccination – meaning they miss out when the SAIS visits.

They then have to wait for return visits, many of which are scheduled after half-term.

Professor Kate Ardern, the director of public health at Wigan Council, warned the all parliamentary group on Covid this week of a “real delay” because of high infection rates,

“The high transmission rates going on in that age group pushes a real delay in the programme being delivered,” she said.

Data released last week showed one in 20 secondary pupils had Covid last week, according to the latest data.

Urgency needed to speed up programme

Salisbury said the government must act with “appropriate urgency to get these children vaccinated because the rate in which cases are going up is really quite alarming”.

Covid inoculation is also clashing with other vaccination programmes. Tim Marston, the headteacher of The Roundhill Academy in Leicester, said 60 per cent of eligible pupils, about 320, received the jab last Thursday.

However, about 50 pupils were unable to get a Covid shot as they had recently received the human papillomavirus (HPV) immunisation.

The delays mean the NHS is in danger of failing to meet its initial promise to offer vaccinations to all children in the eligible age group before October half term. The holiday is just two weeks away.

A spokesperson for the NHS would only say that “hundreds of schools are already up and running and vaccinating school-age children”. 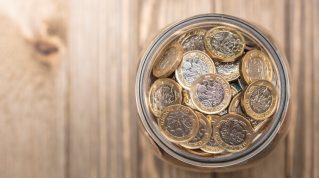 A quarter of schools have more than 15 per cent of teachers off - nearly double the rate in... 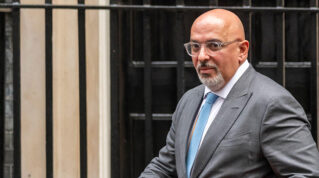 Many schools persisting with masks despite guidance change

The trust and school improvement offer, including support from NLEs, is no longer limited to RI schools