The Department for Education is set to finally publish the Timpson review into exclusions today.

The government has released its executive summary of the report, which includes the 30 recommendations ministers have agreed to implement “in principle”.

We’ve been through and picked out the key things you need to know.

1. No proposals yet for how schools will be held accountable for excluded pupils

As revealed by Schools Week back in February, schools will be accountable for the results of pupils they exclude, and take greater control of the funding and commission for AP.

While education secretary Damian Hinds said there are a few ideas for how this could work, he said a consultation in the autumn would include further details.

Timpson, in his report, acknowledged the move could have “unintended consequences” (or just shift gaming behaviour), but to “mitigate” these risks the DfE will consider a “right to return” period for pupils to rejoin school after leaving for home education, and new safeguards to avoid schools admitting children where they don’t have the grounds to do so.

Schools will also be required to submit information on their use of AP through the school census. That will include why school leaders have commissioned AP, how long a pupil spends in AP, and how regularly they attend.

The government has committed to implementing Timpson’s call to promote the role of AP, which includes recognising the best institutions as teaching schools so they can share best practice across the wider system.

The DfE will consider ways to boost interest in AP teaching roles, too, including through new teacher training placement opportunities and action to “develop and invest in high-quality inspiration leaders”.

Timpson also calls for the government to “significantly improve and expand” AP buildings and facilities, with the “right level of capital funding” to be a priority for the next spending review.

Pupil referral units will be renamed to “reflect their role as both schools and places to support pupils overcome barriers to engaging in education”.

Going against the grain of recent reforms, a bigger role for local authorities pops up in a few of the recommendations, with the DfE agreeing to “set expectations” that councils and schools should work together. 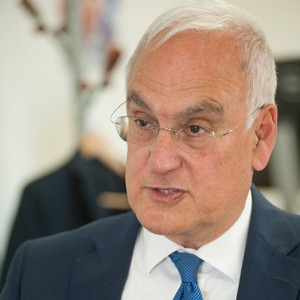 LAs will also become “advocates for vulnerable children” by hosting forums for all schools to help ensure early prevention for children at risk of exclusion.

They will also have a “clear role” to work with schools in reviewing where those pupils moved from schools end up.

That even includes “taking action where necessary and ensuring children are receiving suitable education at their destination”.

It appears the supposed original proposal to curb heads’ exclusion powers has been replaced by a much softer pledge to consult on placing a revised limit on the total number of days a pupil can be (fixed-term) excluded for.

As suggested by Lord Agnew last week, the DfE will also follow Timpson’s recommendation to review the reasons given for exclusions – particularly the use of the “other” category – so that the “reasons … are more accurately captured”.

Other pledges include one to “look carefully” at the timing of adjustments to school funding following exclusions to make sure they don’t act as an incentive to permanently exclude, and publish the exclusion numbers for previously looked-after children.

The DfE has agreed to look at changing regulations so that social workers will now be notified when a child in-need is moved out of school, too.

There are quite a few commitments to update guidance. This includes statutory guidance on exclusions (to make sure it’s clear and consistent that exclusion is a last resort), strengthening guidance on in-school units, and more guidance for trustees on how to support and challenge schools on exclusions and managed moves.

Hinds, speaking to journalists yesterday, also said there will be new guidance on “off-rolling” to include an “actual definition, leaving no room for any doubt”. Ofsted has drawn up its own definition, but there’s confusion in the system.

6. Has DfE answered the call for more cash?

There are no explicit promises for specific amounts of extra funding (outside of the already announced £10 million behaviour training pot), but it does seem like more money could be on its way.

The DfE has agreed to extend funding to equality and diversity hubs beyond the current spending review to “widen their reach and impact”.

Timpson has also called for a practice improvement fund to develop good practice on internal inclusion units, nurture groups, creating inclusive environments, and proactive use of AP as early intervention. No cash is attached, but the recommendation calls for it to be of “sufficient value, longevity and reach”.

The £200 million Youth Endowment Fund (which is testing interventions to prevent children from becoming involved in life of crime) should also be extended to schools and AP.

Just a couple of recommendations relate to Ofsted, including that the watchdog should “consistently recognise schools who succeed in supporting all children” under its leadership and management category. We’ve reported previously on schools that feel they are being “clobbered” for being inclusive.

Timpson also urged Ofsted to give schools found to be ‘off-rolling’ an inadequate rating for their leadership and management in “all but … exceptional cases”.