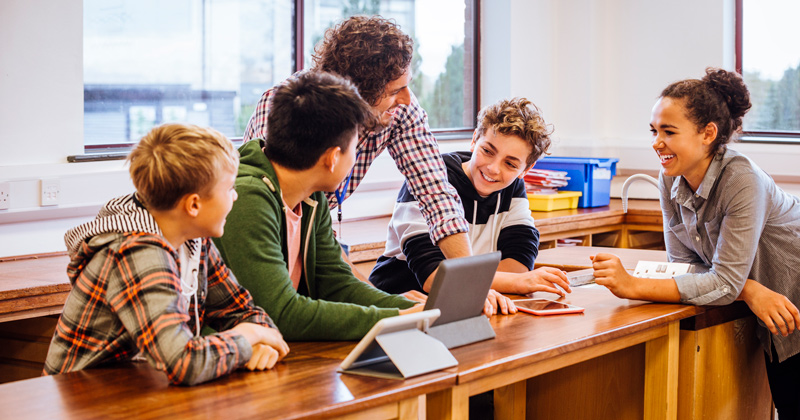 The government has pledged to shake-up the alternative provision sector and committed to holding schools accountable for the pupils they exclude after a landmark review.

The long-awaited Timpson review into exclusions has been published today, with 30 recommendations on how the Department for Education can work to ensure that exclusions are used fairly and do not unduly disadvantage pupils.

Education secretary Damian Hinds said the government will accept all the recommendations “in principle” and will extend support for AP. The DfE will also launch a consultation on how to strengthen accountability around exclusions later this year.

Hinds said he would “continue to back headteachers” in using exclusion as the “final option”, but said exclusion “should not be considered the end point for any child; it has to be the start of something new and positive – with AP offering smaller class sizes and tailored support.”

But he conceded he would “like to see the level of exclusions come down”.

However, the response has been labelled “vague” and “woolly”, and concerns have been raised about the lack of attention given to school funding in the report and government response.

The report’s executive summary, compiled by former children’s minister Edward Timpson, raises concerns about the outcomes for pupils who attend AP schools after exclusion from mainstream, and warns we “should not accept” that just 4.5 per cent achieved a good pass in their English and maths GCSEs in 2016-17, while over a third went on to be classed as not in education, employment or training.

His criticism follows several high-profile controversies around AP provision run by academy trusts, including the Schools Company Trust, which was closed down after a series of safeguarding failures and financial mismanagement, and the TBAP Multi-Academy Trust, which unknowingly racked up a £2.4 million deficit because of a “systematic” failure in its financial systems.

Hinds said the government will set out its plans to improve AP in the autumn, including supporting providers to “attract and develop high-quality staff” through a new AP workforce programme. Of the 30 recommendations accepted by the DfE, four relate specifically to AP including promoting the role of providers and recognising the best AP schools as teaching schools, investing in and developing “high-quality inspirational leaders” and investing in “significantly improving” AP buildings.

The government has previously acknowledged “perverse incentives” in the education sector when it comes to both the high needs funding system – which requires schools to pay the first £6,000 of additional provision for pupils with special educational needs and disabilities – and the strong focus on standards in the progress 8 performance measure.

Timpson also touched on this, warning that the current performance and funding system “does not incentivise or reward schools for taking responsibility for the needs of all children and using permanent exclusion only when nothing else will do.”

“It cannot be right to have a system where some schools stand to improve their performance and finances through exclusion,” the report said.

The DfE has now confirmed that it will make schools accountable for the outcomes of permanently excluded children – as first revealed by Schools Week in February – and said it will consult in the autumn on how else to reform school accountability, including tackling off-rolling.

In his report, Timpson warned of a “clear need” for the government to do more to understand the scale and impact of off-rolling.

Geoff Barton, general secretary of the Association of School and College Leaders, said he was pleased the report supported the right of school leaders to exclude pupils “as a last resort” and warned that any move to make schools accountable for the results of excluded pupils would need to be “carefully considered to ensure it is sensible, fair and fit-for-purpose”.

However, he said it was “disappointing” that the issue of school funding “has not been given anywhere near enough weight” in the report or the DfE response, which he said was causing schools to cut back on support staff who would otherwise be able to provide early intervention to pupils with challenging behaviour.

He also criticised the DfE for being “woolly” in its commitments to boosting the availability of high-quality AP, and said the report’s recommendations for improving AP are important not just for providing the best possible education for excluded pupils but also because “it is not reasonable to make schools responsible for the outcome of excluded pupils if they struggle to access good AP”.

“The government’s vague assertions over these matters are not good enough,” he added.