With numerous more maths schools in the pipeline, what have the two open since 2014 been up to? Jess Staufenberg finds out

As you exit the city’s train station, Exeter College looms large on the horizon. The award-winning, multi-storey, Ofsted ‘outstanding’ college is where Boris Johnson made his speech last week about boosting further education. After a long slog uphill into the city centre, you then stumble upon its glass-fronted “maths and science centre”.

But I’m not here to visit the college or its appealing centres. I’m here for Exeter Maths School, a free school for the same 16-18 age group the college attracts, except only for pupils with grade 8s in maths, physics or computer science, and grade 6 in English at GCSE. The core concept of maths schools is sponsorship by a top-level university, and Exeter school has the city’s Russell Group institution on board. But I bet you didn’t guess that Exeter College is the other key partner. 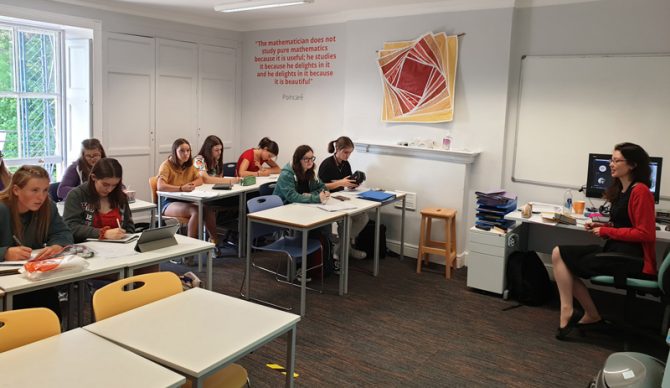 My walk raises the question often asked of “maths schools” since they were announced by the coalition government almost a decade ago. Are they really necessary? There’s an excellent college in Exeter and schools with sixth forms are dotted around the city. The maths school has only 60 pupils in a year, and, like all maths schools, it gets £350,000 a year on top of per pupil funding, just to remain financially viable.

They aren’t intended to join multi-academy trusts to reduce overheads or to grow pupil numbers. At such a small scale and high cost – and when other 16-19 provision is underfunded – are they proving their impact?

And who wants them, anyway? They were announced in 2011, but it was another three years before Exeter and King’s Maths School, sponsored by King’s College London, opened their doors. The government press release issued a plea-cum-guilt-trip to higher education institutions: “Maths is at the heart of improving our society and economy. This country has some brilliant university maths departments and world-famous mathematicians, but they have become disconnected from schools, school curriculums and exams.”

It failed to persuade universities. By 2018, no more had opened and the University of Nottingham tartly pointed out the “huge commitment” needed. Oxford, Warwick, Bath and UCL also drew up their gates. Just the previous year, Exeter and King’s schools had been handed ‘outstanding’ Ofsted judgments and were oversubscribed.

But now a third has opened this September: the University of Liverpool Maths School under principal Damian Haigh. Meanwhile Baroness Berridge, the academies minister, confirmed last month that others are in the pre-opening stage, which Schools Week has checked. 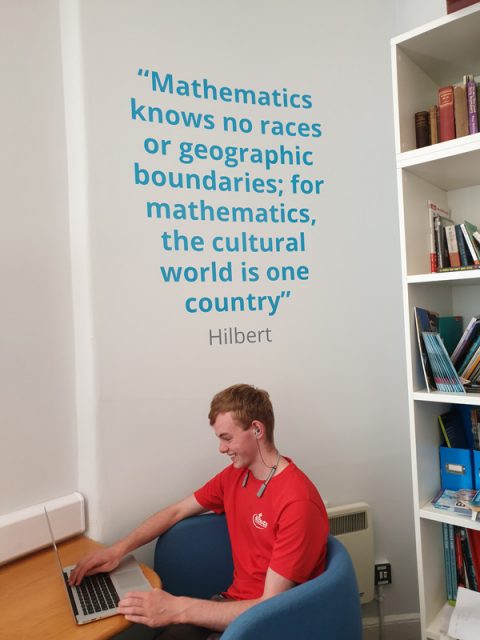 There are a variety of sponsorship models: colleges are on the board at Imperial and Lancaster, academy trusts at Surrey and Cambridge. That adds up to eight maths schools, with two in the capital, leaving three of England’s nine regions without – Yorkshire and the Humber, the West Midlands and East Midlands. Chancellor Rishi Sunak has pledged £7 million for 11 maths schools, and the DfE says it plans for nine to open by 2023.

Pupils in year 13 can choose a six-module ‘enrichment course’

Why is the government so set on this? There are some concerning stats. In 2010, the Nuffield Foundation warned that in England fewer than one in five pupils studied maths after the age of 16, whereas it was more than half in 18 of 24 developed countries. In eight of them every pupil studied maths until the end of school. With regards post-16 maths take up, “the UK is out on a limb,” said the report. Baroness Alison Wolf, a government adviser, was inspired by a specialist maths college set up by mathematician Andrey Komologorov in Moscow, and the concept stuck.

So with two six-year-old maths schools, do we now have proof of concept? Kerry Burnham, the head of Exeter, who defies all stereotypes of maths geeks in a feminine, floral dress, explains the rationale for such tiny provision. There seem to be three key arguments.

First, the pupils don’t just sit four A-levels in maths-related subjects, she says. They go beyond A-level content in a “mini university-style experience”. Pupils in year 13 can choose a six-module “enrichment course” in everything from the nature of light to computer-aided maths, listening to lectures and solving a problem to gain the “Exeter maths certificate”. A similar course runs at King’s.

Liverpool’s principal, Haigh, describes this kind of provision as “total immersion”. “If you go to a sixth form, you will undoubtedly get a good education in these same subjects. But here you are immersed in maths all the time. It’s like instead of just learning French in lessons, you’ve actually moved to France.” It’s a compelling vision.

Does this take pupils beyond what they would otherwise have achieved? These are, after all, very able young people. In fact, progress scores at both schools are well above average, at 0.93 for King’s and 0.79 for Exeter. In 2017, inspectors said of Burnham’s school that “learners secure A-level grades well above those expected, given their prior achievement”, a comment echoed in the King’s report the same year.

Meanwhile, both reports say the proportion of learners from disadvantaged backgrounds is “high”. Dan Abramson, King’s principal, says about 50 per cent of pupils meet one of the school’s disadvantage criteria and 11 per cent are eligible for free school meals. For an able pupil who has perhaps not been stretched before, it appears they access a unique kind of education. As Burnham says, “this is for the kid that’s been stuck explaining maths to everyone else”.

The second argument is around outreach – a condition of funding. The list is impressive: Exeter runs a computer science hub for primary schools, a “maths student community” for year 8s and a fortnightly GCSE enhancement course. It also took on 20 maths graduate teacher internships last year and ran specialist training for about 70 staff teaching maths or physics without a degree in the subjects. King’s has a two-year intervention called GCSE Plus to encourage pupils into A-level study, and an Easter programme, 7 Plus, to move GCSE students to higher grades. The activities seem not to be self-serving either – only a quarter of those on outreach programmes apply to the school for A-level, Abramson says.

Which brings us to the third point. Are maths schools, as was feared, stealing top pupils from other local provision? Exeter and King’s started with 30 pupils per year – and although they won’t expand further, they have roughly doubled. But John Laramy, the principal of Exeter College, says an astonishing thing. “As the maths school has been created, our maths numbers have gone up.” The schools lend maths greater status, he contends. Plus, he adds, “with this model, we have a university, FE college and school working together. It’s what should be happening in every town and city in the country.” 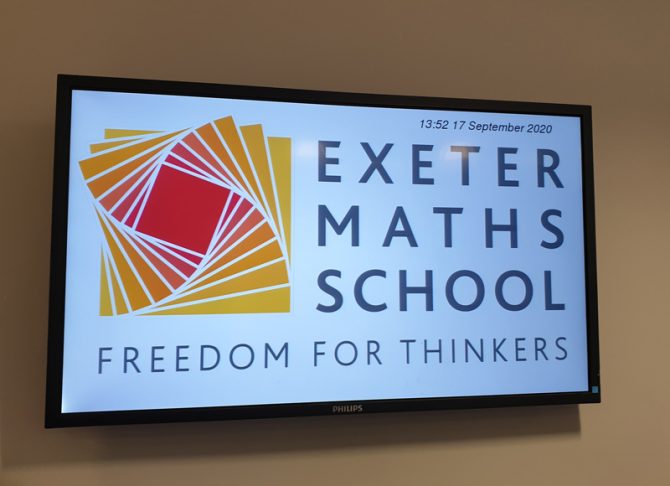 Of course, it’s not certain the two maths schools are responsible for local rises in the uptake of maths. Analysis by FFT Education Datalab shows a 2.3 per cent increase nationally in entries to maths A-level last year, compared with a 6.7 per cent drop in all A-level entries since 2016. Other initiatives have launched too: maths hubs, the advanced maths premium, grant funding for “centres for excellence” and a general shift from arts towards maths and science. It’s definitely too soon to say maths schools made the difference.

But one stat has not improved. Entries to further maths, the subject most top universities want for a maths degree, have fallen 1.8 per cent since 2016, with girls particularly poorly represented. Can maths schools be the answer for driving higher numbers into this most intimidating of A-levels?

The honest answer is we don’t know, because detailed data has not been thoroughly collected yet. Ofsted’s report for King’s says that to improve, leaders should “track learners’ progress into university and into the highest echelons of commerce and academia”. It’s a good recommendation for the government itself.

In a sense the question is not whether maths schools should exist, but why their approach to maths teaching is confined to these schools. Why not always teach for depth and understanding? And why not run similar models for struggling modern foreign languages? And, while we’re at it, why not fund all FE provision at this level? Clearly when you do, class sizes stay small and enrichment is off the scale.

Abramson rounds up his advice for the maths schools about to open. “What I wish I’d known then, that I know now, is the idea at the core of maths schools is totally solid. It just really works.”