Nearly one in five teachers believe the attainment gap will “increase substantially” after this year’s summer exams, the first since the pandemic began.

The Sutton Trust has published research into the impact of Covid on this year’s exams and university admissions cycle, ahead of results days later this month.

The charity called on universities to give additional consideration to students from disadvantaged backgrounds, amid warnings that more students will be left without a place this summer.

The trust also called for Ofqual to consider adaptions to next year’s exams.

Pupils sat the first set of GCSE and A-level exams since 2019 this year, and although there were some adaptations like advance notice of topics, this year’s students will be graded more harshly than those given teacher-assessed grades in 2021.

The charity’s chief executive James Turner said the research “highlights that the impacts of the pandemic on education are far from over – and the consequences are still being felt among young people and their teachers”.

1. Most teachers fear the gap will widen

Seventy-two per cent of teachers thought the attainment gap at their school will widen with the return of national exams, with 19 per cent believing it will “increase substantially”.

Those working in deprived schools were 13 percentage points more likely to think the increase would be substantial, at 29 per cent, compared to 16 per cent of those working in more affluent schools.

In 2021, longstanding attainment gaps for both black and poorer students widened. But Ofqual was unable to untangle whether this was down to Covid lost learning or the use of teacher grades last year.

This year, grade boundaries will sit midway between 2021 and 2019, the last time exams were sat before the pandemic.

While 57 per cent of teachers thought this approach was about right, 29 per cent thought it was too strict.

Thirty-five per cent of teachers in the most deprived schools thought it was too strict, compared to 27 per cent in more affluent schools.

While 29 per cent of teachers believe that this year’s mitigations, such as advance information and topic optionality, will fairly reflect pandemic disruption, 45 per cent disagreed.

Those working in state schools were more likely to disagree at 46 per cent, compared to 38 per cent at private schools.

Over half of teachers in the most deprived schools disagreed, compared to 43 per cent of those in schools with more affluent intakes.

The majority (80 per cent) of A-level teachers said they were able to cover over 90 per cent of the content included in advance information.

But those working at the most deprived schools were 22 percentage points less likely to report this than those at affluent schools (67 per cent vs 88 per cent).

Most students sitting GCSEs and A-levels this year won’t have sat formal exams before.

The Sutton Trust looked at how many students had to sit mock exams under exam conditions.

Over a third (34 per cent) of students taking exams said they missed 11 days or more this academic year.

But 21 per cent said they had missed more than 20 days – equivalent to four or more weeks of class time.

It echoes analysis by FFT Education Datalab earlier this year, which found year 11 pupils missed more than one in ten lessons in March in every region except London.

6. Ethnic minority students believe they are further behind

A third believed they had fallen behind their peer group as a result of the pandemic. Ethnic minority students were much more likely to think they lagged behind peers (41 per cent) compared to white university applicants (23 per cent).

And those from working class backgrounds were eight percentage points more likely to be concerned about their grade this summer, at 70 per cent, compared to 62 per cent from middle class backgrounds. 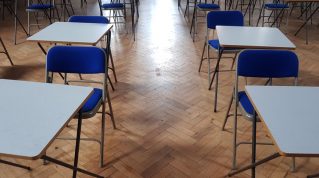 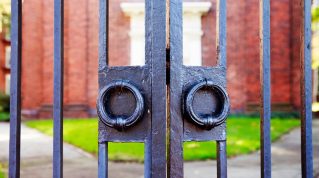