As revealed by Schools Week, schools that have shortened their Key Stage 3 to two years – to make way for three-year GCSEs – have been marked down under the new regime. Many schools are now reverting back to two-year GCSEs.

But the academy bosses, who specialise in turning around failing schools, said the extra GCSE year was central to their success of getting good grades for deprived kids.

However, a comparison of schools with similar intakes by Schools Week found there was actually little difference in the attainment among disadvantaged pupils – regardless of the Key Stage 3 length. But experts sounded caution over interpreting the results, saying a larger sample size is needed to draw firm conclusions.

Harris said the report showed the school was “excellent in every way”, but that “inspectors took issue with the three-year programme for GCSE”. The school was in special measures before joining Harris in 2017.

To investigate whether the claim over deprived pupils being disadvantaged stacked up, Schools Week compared the results at St John’s Wood with schools listed as ‘similar’ based on Education Datalab’s ‘schools like yours’ tool.

The tool groups similar secondary schools based on a range of criteria – including the proportion of disadvantaged pupils and pupils who speak English as another language, number of Key Stage 4 pupils, income and key stage 2 attainment.

Looking at the 49 schools similar to St John’s Wood, they had almost the same average Progress 8 score (0.12 for those with a shortened Key Stage 3, 0.13 for others), with only a slightly larger difference for disadvantaged pupils (0.04 compared with 0.01). Sixty-one per cent of poorer pupils reached a grade four in English and maths in schools with a shorter Key Stage 3, compared to 58 per cent in those with three-year GCSEs.

Sean Harford, Ofsted’s national director for education, urged caution over the study, and said Ofsted has no ”fixed view” on key stage length. “The key question is whether it gives a better quality of education for the pupils.

“Our judgements are based on whether a school offers its pupils an ambitious curriculum across their whole time in secondary education: good schools provide a good education and achieve good outcomes.”

A separate analysis, first done by Michael Fordham, vice principal at Thetford Academy in Norfolk, however, came to different conclusions.

He compared the attainment at St John’s Wood with the schools listed as ‘similar’ on the Department for Education’s ‘compare school performance’ website. 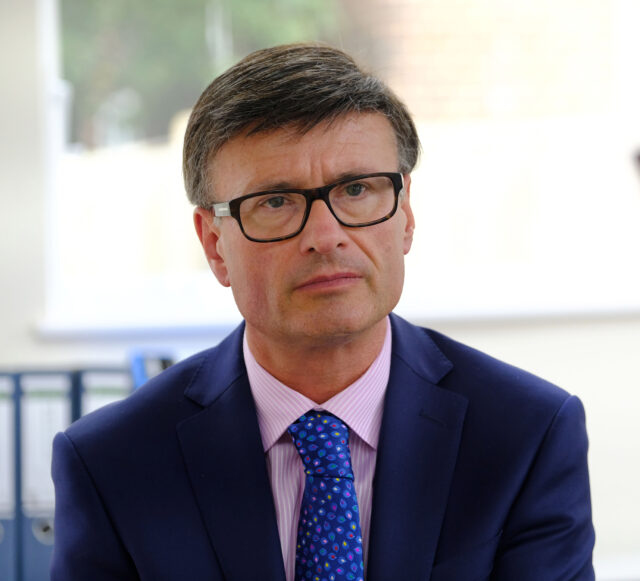 It groups schools whose Key Stage 4 cohort had similar achievement at the end of Key Stage 2.

Fordham said the data showed “pupils get better outcomes with a three-year Key Stage 4”, including in both Progress 8 and the Progress 8 of disadvantaged pupils.

Schools Week replicated this analysis of the 54 schools deemed similar to St John’s Wood and, using 2017-18 data, found those with a shortened Key Stage 3 did have a higher average Progress 8 score (0.17 compared to -0.09) and higher Progress 8 amongst disadvantaged pupils (-0.14 compared to -0.51).

In schools with a two-year Key Stage 3, 49.5 per cent of disadvantaged pupils also achieved a four or above in English and maths, compared to 43.8 per cent in those with a three-year Key Stage 3.

However, data experts raised concerns about using the DfE’s criteria to judge similar schools – because it compares those “operating in very different contexts/locations”.

Dave Thomson, chief statistician at FFT Education Datalab, said the opposing lists of similar schools “may well have been very different” in terms of demographic characteristics. However he said thorough analysis would need a “larger sample of schools that controlled for differences in school intake”.

Award-winning headteacher Lynne Fox, of Bramhall High School in Stockport, announced this week she was retiring early because of Ofsted, adding the regime made her feel “powerless”.

Her school was rated ‘requires improvement’ before Christmas. The report criticised the school for failing to ensure all pupils benefit from a “high-quality curriculum” in Key Stage 3.