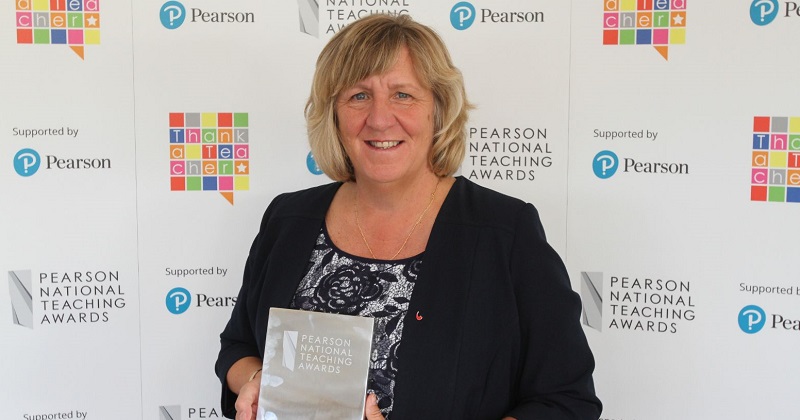 An award-winning headteacher is to resign early after vowing never to face another Ofsted inspection, claiming the watchdog’s new regime has left her “powerless”.

Lynne Fox, head at Bramhall High School in Stockport, was due to stand down next Easter, but has brought her retirement forward by a year after the school was again rated  ‘requires improvement’ following an inspection last year.

If I stay, Ofsted will be back in autumn this year. And I’m not even sure I could be civil

In an emotional letter to governors, she said she had “completely lost faith in the system” following the Ofsted inspection, which was among the first wave conducted under the watchdog’s new framework.

“[I] have decided that I will never be in the position again where such poorly-informed judgements are made and despite whatever action is taken I am powerless to change things,” she said.

Fox, in a letter sent to parents, said she was “personally devastated” by the judgment, and that she could not believe that “actions that would have been previously applauded, valued and appreciated by Ofsted are now no longer valued under this inspection framework”.

The report criticised the school for failing to ensure all pupils benefit from a “high-quality curriculum” in key stage 3. The school has above-average progress 8 scores, EBacc entry and GCSE achievement rates, and had been praised for its progress in a monitoring report in mid-2018.

“We had three years of fantastic results, a rising roll because the school’s got its place back in the community, wonderful support from parents and families, and then Ofsted came in and said the quality of education wasn’t good enough,” Fox told Schools Week.

Fox, who won a silver award in the Pearson Teaching Awards last year, added: “It was very early days in the new framework. We are absolutely of the view that the elephant in the room was our curriculum. She used those words. She was hung up on that.”

Schools Week reported last year on how Bramhall was one of a number of schools to have called into question Ofsted’s approach under its new inspection framework.

This has been shared with us today #SoSad pic.twitter.com/4lF8zb8oNg

The regime has come under intense scrutiny after reports criticised schools for starting pupils’ GCSE study in year 9, despite Ofsted’s insistence it has no “preferred curriculum” or stance on the length of a schools’ key stage 3 and 4.

Ofsted said it had “no view about whether key stage 3 should last for two or three years, and this is not a determining or limiting criterion within the handbook”.

But leaders challenge this, a dispute that was ramped up last week when trust chief executives Sir Daniel Moynihan and Martyn Oliver warned the new inspection regime will disadvantage poor pupils.

The Harris Federation, Moynihan’s trust, is one of a number to move towards abandoning three-year GCSEs as a result.

Fox said she made her decision to leave early during the team briefing following the inspection.

She told Schools Week: “If I stay, Ofsted will be back in autumn this year. And I’m not even sure I could be civil.

“They acknowledged the massive transformation, the results, that the previous monitoring visit had said that progress at key stage 3 was really good. But she came to this conclusion that they couldn’t say the quality of education was good enough.

“I just decided then that I wouldn’t lead a school through another inspection because it’s such a lottery. I don’t rule this school by being powerful, I lead this school by empowering others. And at that moment I was absolutely powerless.”

Manchester headteacher James Eldon, whose children attend Bramhall, tweeted Fox had “completely transformed the school and its outcomes in four years. A brilliant head. Fellow parents asking me what they can do. Talent lost. Rage.”

A formal complaint to Ofsted has been investigated, and Fox is waiting to hear back after challenging its findings.

“Fortunately I am old enough to retire,” she told Schools Week. “It wasn’t my initial plan, but now this school is on this treadmill where it will have a monitoring visit, and who knows what they’ll say this time. It was glowing, the [last] monitoring visit. That’s why we expected the inspection to be superb. Ofsted’s track record of giving mixed messages is totally unacceptable.

“The only thing you can guarantee with Ofsted is it’s a lottery. Who you get and how they see it.”

Stephen Tierney, the chair of the Headteachers’ Roundtable and Andy Mellor, the former president of the NAHT leaders’ union, both stood down from leadership positions in Blackpool at Christmas, warning that Ofsted fails to take into account the context of individual schools.

Ofsted’s director of education Sean Harford has argued that a narrowed curriculum has “a disproportionately negative effect on the most disadvantaged pupils, who often start school behind their peers and without the benefit of cultural experiences that other children take for granted”.

A spokesperson for Ofsted said the watchdog was “saddened that the headteacher has made the decision to resign, especially as our inspection team judged the school’s leadership and management as good”.

“Beyond this the inspection report explicitly commented on the good job that she and her senior staff had done in improving the school. The report also recognised the school’s improvements in the pupils’ behaviour, personal development and GCSE results, while pointing out the improvements needed to the quality of education.

“However, we do understand the strength of feeling among the school community about the head’s departure.”