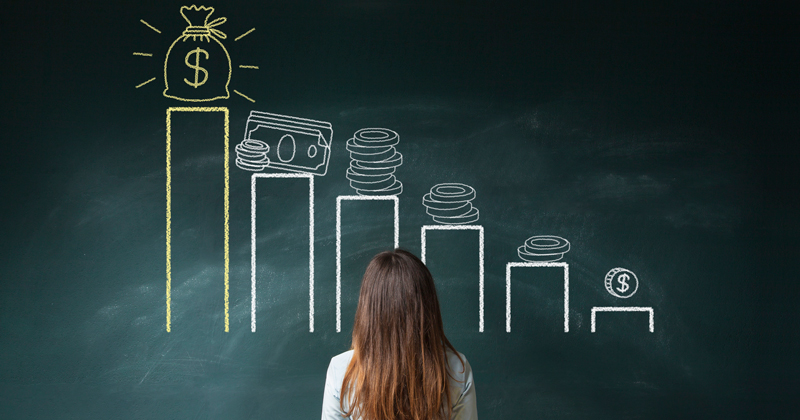 Only about a third of teachers think their current pay range is helping them build a career, new research has found.

The Department for Education commissioned the Institute for Employment Studies to find out headteachers’ and teachers’ views on their pay ranges. The DfE is “keen to ensure that the pay framework continues to motivate teachers at all stages of their careers,” it said in the report released today.

But the research, which surveyed more than 700 teachers, found only 36 per cent agreed their pay range “helps them build their career as a teacher.” Meanwhile more than half (53 per cent) disagreed.

The report also found confusion over pay frameworks. More than half of teachers think the pay structure should be simplified.

In particular, the report warned that although pay is not the main reason people go into teaching, they are “profoundly” demotivated when pay is not felt to match the workload involved in the job.

“When pay is regarded by teachers as unfairly rewarded or unequal to the task, it was reported to have a profound impact on their motivation,” it said, adding the current pay framework is therefore better at “recruiting rather than retaining teachers.”

The announcement was met with dismay by some school leaders, with a DfE funding boss admitting at an event today that ignoring the STRB’s advice on pay was “difficult.”

The new research published today also found junior teachers were the most likely to feel their pay wasn’t helpful to their careers, with more than half disagreeing that their current pay range helped them build their careers.

Heads and deputy heads were less negative, with only about 35 per cent saying their pay range didn’t develop their careers.

However the research’s findings that many classroom teachers are unhappy with how their pay helps their careers may not sit well with education secretary Damian Hinds, who warned the STRB in a letter today it must give “careful consideration” about whether any pay rises recommended for next year are “affordable across the school system”.

Meanwhile only 63 per cent of teachers agreed they knew what the maximum amount was they can earn in their current role. Heads and deputy heads were again clearer, with 77 per cent agreeing.

Most teachers felt pay ranges were not much discussed in school, except in performance management meetings, the report also warned.

Finally, 71 per cent of heads and deputy heads wanted to hand out “non-consolidated payments”, which are bonuses on top of a teacher’s normal salary. Teachers were less enthusiastic about this idea, with only 50 per cent of teachers wanting that.