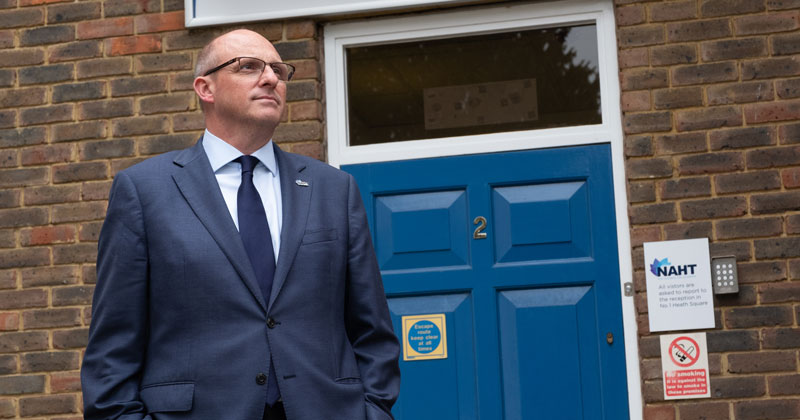 Unions representing hundreds of thousands of teachers and school leaders have revealed their concerns about the pay settlement for teachers announced today.

Despite calls by the School Teachers’ Review Body for a 3.5 per cent rise in teacher and leaders’ pay across the board, ministers confirmed today that only those on the main pay range and unqualified teacher scale will receive such an increase. Teachers on the upper pay range will only get a 2 per cent rise, while leaders will get 1.5 per cent.

In a joint statement, the National Education Union, National Association of Head Teachers and Association of School and College Leaders welcomed the 3.5 per cent rise for some teachers, but said they had “a number of concerns”.

They described the move to give more experienced teachers and leaders a smaller rise as “unacceptable”, and NAHT leader Paul Whiteman said his members “will feel let down by the government”.

“School leaders will have mixed views about this announcement,” he said. “They desperately want to reward and retain their valued staff, and they will be relieved that the DfE will make an additional contribution to the pay award, as school budgets are already at breaking point.

“However, by ignoring the STRB’s advice that all teachers and school leaders need the same pay rise, they have failed to recognise and reward the critical role performed by leadership teams. This will do little to retain valued and experienced senior teachers and leaders.”

However, he said it was “deeply unfair” that the pay award for leaders and for teachers on the upper pay range “will be funded at a lower rate and they will regard this decision as a kick in the teeth for their hard work”.

Unions also warned that schools will have to fund “more than £250 million” from “already-stretched” budgets, because extra cash announced by the government today only covers rises above the 1 per cent that schools are already expected to have budgeted-for. There are also questions over where the additional money will come from, and whether other services will be cut to find it.

“It is also regrettable that the pay award is only partially funded and that the DfE has had to find that money from down the back of the departmental sofa as this will impact on other education services,” said Barton. “This is clearly a short-term political solution driven by the refusal of the Treasury to fund the pay award and we need longer-term strategic thinking from the government as a whole.”

Dr Mary Bousted, joint general secretary of the National Education Union, said the 3.5 per cent rise was achieved because the DfE was “forced to recognise the strength of our evidence that growing teacher shortages are harming education standards”.

“Our successful campaign on school funding, working with parental groups and other unions, has forced the DfE to find funding for this pay award – but schools and parents will be dismayed that schools will have to find more than £250 million from their already stretched budgets.”