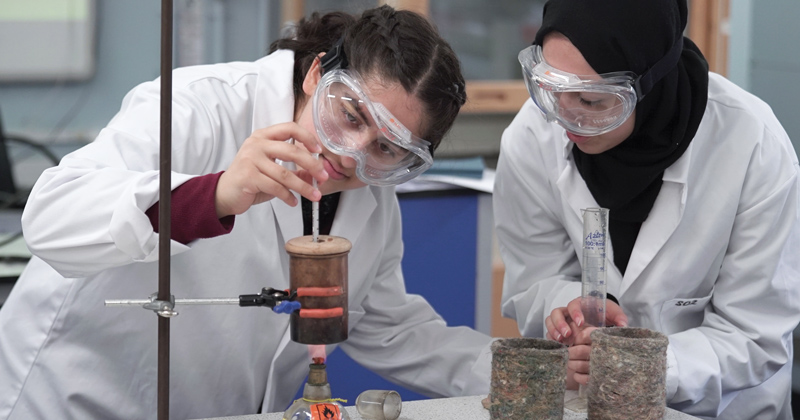 Ofqual has concluded there is no “compelling case” to relax grade boundaries in sciences and modern foreign languages A-levels, following an investigation into claims the subjects are too harshly marked.

The review found there isn’t “strong evidence” to justify adjusting the way physics, chemistry, biology, French, German, and Spanish A-levels are graded so they align with other, supposedly easier A-levels, the exams regulator found.

It follows a review by Ofqual into inter-subject comparability, after statistical evidence showed the sciences are among the most severely-graded subjects at A-level, and languages were not far behind.

However Ofqual said in its report published today that despite not seeking grading adjustments, it does “recognise the potential for perceived grading severity to undermine public confidence in these qualifications.”

The regulator will work with exam boards so the subjects don’t become “statistically more difficult in future”.

It will consult with exam boards on using a “one-sided reporting tolerance”, said the report. At the moment, exam boards can adjust their A-level grades within a one, two or three per cent tolerance from boundaries predicted by Ofqual based on the cohort’s prior GCSE attainment.

If Ofqual only allowed a one-sided reporting tolerance, then exam boards would only be able to adjust their boundaries to make them more lenient.

“This would mean that exam boards could award them slightly above prediction,” said today’s report, adding that if boards wished to award below prediction they would need to provide additional evidence.

“This should address the perceived risk by some stakeholders within the subject communities for science and modern foreign languages that grading standards might become marginally more severe in statistical terms.”

The exams regulator also revealed which of the A-levels were the most severely-graded using Rasch analysis, a form of mathematical modelling.

Last year, Ofqual did announce a one-off upwards adjustment to grade boundaries in modern foreign languages to take “native speakers” into account for the first time, after research found they had a “small, yet important” impact on grade boundaries.

Unions, language associations and independent schools said at the time the move went some way to addressing the “severe” grading in A-level languages.

But in response to today’s report, Suzanne O’Farrell, curriculum and assessment specialist at the Association of School and College Leaders, called the “lack of action” from Ofqual about severe grading in languages “disappointing”.

“We recognise that its analysis shows there are other subjects which are graded even more severely, but there is an urgent need to act on languages because of a national crisis in language learning which has seen entries plummet in French and German.”