Ofsted has found schools in the most deprived communities outscored their more affluent counterparts in its new study on the quality of curriculum – suggesting the watchdog’s new focus could turn the tables on inspections unfairly grading schools in poor areas.

The inspectorate has published the findings of its third phase of curriculum research this morning, in which it visited 64 schools and scored them on the strength of their curriculum based on a new method involving a score from 1 to 5, in which 5 is the top score.

Spielman said the finding suggests “a move away from using performance data as such a large part of the basis for judgement and towards using overall quality of education” will allow the inspectorate to “reward schools in challenging circumstances that are raising standards through strong curricula”.

Currently, schools in the most affluent areas are more than twice as likely to be rated ‘outstanding’ by Ofsted as those in the most deprived.

The new findings come as the inspectorate pulls together its new inspection framework, which will have the curriculum as its focus and be published in draft form for a consultation in the new year.

The study also found there was a  “weak” but positive correlation between schools’ curriculum score and their current Ofsted grade, added Spielman. For instance three schools that achieved the highest curriculum score of five all had a current outstanding grade.

Spielman said “this research suggests that some RI schools may in fact have strong curricula and should be rewarded for that”.

She added: “We know that under the current system it is harder to get a good or outstanding grade if your test scores are low, even if this is primarily a result of a challenging or deprived intake.”

But nine ‘outstanding’ schools scored in band 2 or 3, and nine ‘good’ schools in band 1 or 2. Spielman noted the numbers of schools in each quintile were small.

This is the latest phase in the inspectorate’s research into the curriculum, announced in March last year, and looked at 33 primary schools, 29 secondaries and two special schools. 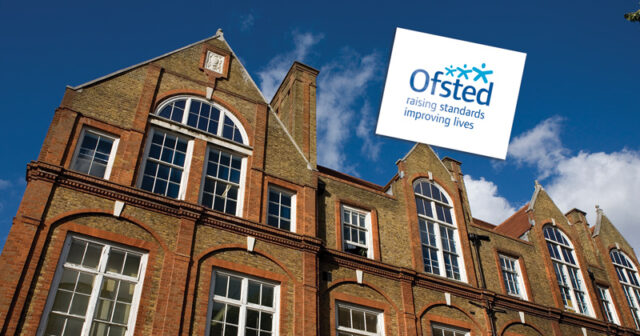 READ MORE: Schools in rich areas are more than twice as likely to be ‘outstanding’

This phase looked at designing a “model of curriculum assessment that could be used across all schools and test it to see whether it produced valid and reliable results”, previous phases prepared the groundwork.

The first phase “attempted to understand the current state of curricular thinking in schools”, and found that too many were prioritising test results. The second phase found that discussions with senior leaders were useful but not sufficient for finding out the quality of school curriculums.

Ofsted has previously had to bat away claims it favoured ‘knowledge-rich’ schools popular with ministers, after the second phase of its research visited only 23 schools and chose a sample with few ‘skills-based’ curriculum schools.