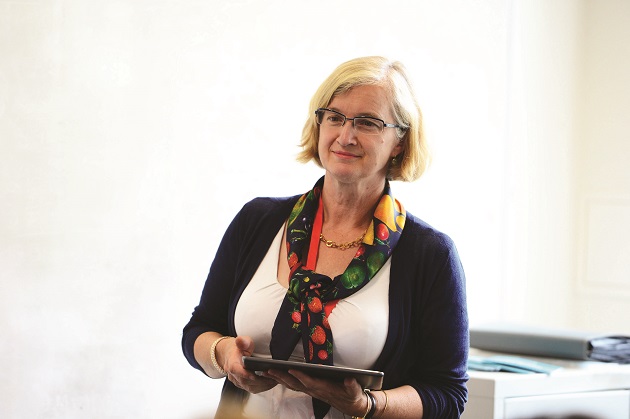 Ofsted has promised to give the curriculum “greater coverage” in its new framework after admitting inspectors have placed “too much weight on test and exam results”.

Amanda Spielman, the chief inspector of schools, said today that a renewed focus on curriculum from Ofsted should reverse the current incentives that come from “inspection being too focused on outcomes”.

As a result of this focus, Ofsted has “increased pressure” on school leaders, teachers and pupils to deliver test scores “above all else”, she added.

“Providing a more rounded picture of the curriculum is where inspection can play its part,” said Spielman, in a commentary released on the watchdog’s website.

The inspectorate has also published the findings of a second study into curriculum where inspectors visited 23 schools rated good or outstanding between January and March this year.

The study found weaknesses in some leaders’ descriptions of their curriculum intent across all the groups.

But the research also found that all leaders recognised the importance of progression through regular curriculum reviews.

“Ultimately, the curriculum is the yardstick for what school leaders want their pupils to know and to be able to do by the time they leave school,” Spielman said.

“It includes how well the curriculum is implemented through well-taught and appropriately sequenced content, thoughtfully designed assessment practice and consideration of an appropriate model of progression.”

A report published on Friday by the NAHT union called for an “honest” reappraisal of whether Ofsted is any longer an “agent of school improvement”.

Ofsted’s latest study if part of a three phase review of the curriculum. Phase one, published last year, found schools were narrowing the primary curriculum by placing too great a focus on preparing for SATs.

Ultimately, the curriculum is the yardstick for what school leaders want their pupils to know and to be able to do by the time they leave school

Writing today, Spielman stated there “need be no conflict between teaching a broad, rich curriculum and achieving success in exams”.

“A well-constructed, well-taught curriculum will lead to good results because those results will be a reflection of what pupils have learned.

“Pupil attainment and qualifications will always remain important as one measure of a school’s effectiveness and of course hugely important to young people themselves.”

However she said parents also need to know the substance of what their children are learning throughout school, adding that providing a “more rounded picture of the curriculum is where inspection can play its part”.

“It is essential, therefore, that we give curriculum greater coverage in the new framework. In the long run, a renewed focus on curriculum should reverse the current incentives that come from inspection being quite so focused on outcomes.”

Spielman also hit back at suggestions she is advocating a “pub-quiz” approach to education at the expense of developing skills or a deeper understanding.

“This is just not true,” she said. “Without doubt, schools need to have a strong relationship with knowledge, particularly around what they want their pupils to know and know how to do.

“However, school leaders should recognise and understand that this does not mean that the curriculum should be formed from isolated chunks of knowledge, identified as necessary for passing a test. A rich web of knowledge is what provides the capacity for pupils to learn even more and develop their understanding.

“This does not preclude the importance of skill. Knowledge and skill are intrinsically linked: skill is a performance built on what a person knows. That performance might be physical or cognitive, but skills matter and they cannot be separated from knowledge. They are, if you like, the ‘know-how’ in applying the ‘known’. Knowledge and the capacity it provides to apply skills and deepen understanding are, therefore, essential ingredients of successful curriculum design.”

Ofsted has nearly finished phase three of the review, which involved “thorough testing” of the curriculum quality factors it devised following its earlier work. The findings will be released as part of the forthcoming consultation on the new framework.