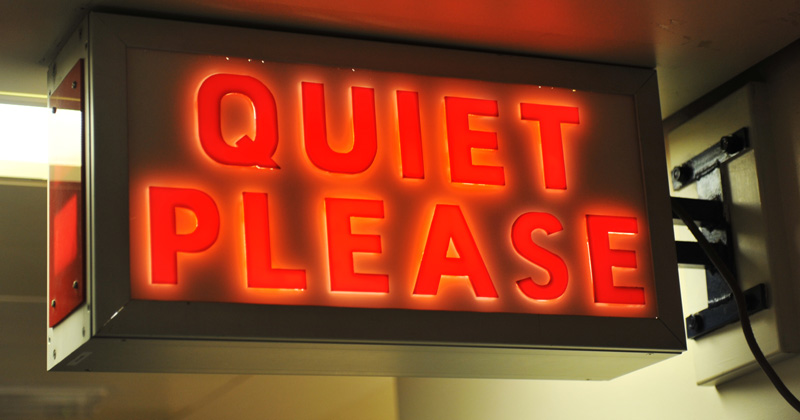 Inspectors have praised a school which uses silent corridors and excludes a “relatively high” number of pupils, labelling its behaviour policies as “outstanding”.

In a move likely to spark further division between supporters and critics of no-excuses behaviour policies, Ofsted has issued Magna Academy in Poole with a glowing report following an inspection in December.

Inspectors, sent in following concerns over “high levels of pupil movement”, even claimed that some pupils with special educational needs feel “reassured” by the school’s use of silent corridors.

But the report, which follows concerns over mixed messages from the watchdog over behaviour, has been criticised by an inclusion expert, who accused the watchdog of condoning “extreme” behaviour management tactics.

Ofsted supports schools that create a calm, well-managed environment that is free from bullying and enables pupils to learn

However, Ofsted has insisted that its inspectors only look “to see that policies are effective and consistently applied”.

“Ofsted supports schools that create a calm, well-managed environment that is free from bullying and enables pupils to learn. If that means taking a tough line on pupil behaviour, then so be it.

“However, it’s up to school leaders to determine their own behaviour management policies. We do not endorse any particular approach to tackling poor behaviour.”

In their report on Magna, inspectors said leaders “insist that pupils walk silently between lessons so that they arrive on time and ready to learn at their next lesson”.

“Pupils generally follow this rule diligently. Some pupils, for example some who have special educational needs, feel reassured by the calm atmosphere generated by this approach.”

But Jules Daulby, an education consultant and inclusion campaigner, warned Ofsted “appears to be condoning some extreme forms of behaviour management and using SEND to justify such decisions; that leaves a nasty taste in my mouth”.

“No-one in the SEND world would justify silent corridors as an inclusive strategy. This statement has been given by someone with no SEND knowledge. Firstly, SEND is not homogenous, there might well be a student who would prefer silent corridors however others might find this extremely stressful and disconcerting.

“Silent is inflexible and by definition does not allow for flex. Legally, schools must allow reasonable adjustments for children with SEND. Calm and ordered corridors are very common in schools and I would argue there are very few learners who would struggle with this but there are still some learners who may need to leave the lesson early to miss the crowds, silent or otherwise.”

But Tom Bennett, an adviser to the government on behaviour policy, said: “It’s fantastic to see Ofsted finally commenting positively on schools working hard to make their environments safe and supportive for students and staff.

“The team at Magna have worked hard to tackle one of the main reasons children underachieve- misbehaviour. They’ve shown what it is possible to achieve with dedication and compassionate boundaries.

“Silent corridors needn’t be compulsory- although they are an example of what is possible with patience and faith- but they are one harmless way of promoting calm. I wish more schools followed their example.”

Inspectors also appeared to endorse Magna’s “relatively high number of exclusions over the last few years”, which they said has “largely been the result of the principal’s determination to eliminate poor behaviour and disruption in lessons”.

“And in this, he has been very successful,” the report added.

Ofsted has come under mounting pressure to clarify its position on exclusions and other behaviour policies.

In one example, inspectors praised the strict approach of a school in Barnsley with high exclusion rates, but subsequently launched an investigation into exclusions malpractice in the north east the following month.

Mark Lehain, who leads education reform campaign group Parents and Teachers for Excellence, warned last month of “inconsistent messages” from Ofsted, which he said was “confusing for both schools and those who oversee and inspect them”.

“While some schools with higher-than-average rates of exclusion have been praised in their inspection reports for having a robust behaviour policy and “rigorous implementation of the school’s code of conduct”, we’ve also seen the regional director for that area write to all schools telling them that they couldn’t justify having rates so much higher than elsewhere.”

The inspectorate is due to publish its draft new inspection framework on Wednesday. As previously reported, the watchdog wants to crackdown on schools “off-rolling” pupils, and move its focus from exam results to the curriculum.

Richard Tutt, principal of Magna Academy, added while silent corridors isn’t the right thing for every school, it “works for us”.

“We introduced it so we could ensure very prompt starts to lessons, so helping to maximise every minute of learning. More importantly, we think it really helps our most vulnerable students both feel and actually be safe.

“Some of our students have come from schools where they had been subjected to verbal and physical aggression in transitions, and so they love it. We think it is appreciated by staff and students. It is in no way oppressive.

“I am also aware that moving around school in silence does also happen in some primary schools. I really don’t think it is much of an issue. We are always open to visitors if anyone would like to see it.”