The boss of Ofqual hopes that switching to online exams could end tiered GCSEs that she says can put a “ceiling” on pupil potential and leave leaders in difficult positions.

For some subjects, schools must decide whether to enter a pupil into the foundation (grades 1 to 5) or higher tier (grades 4 to 9) papers.

But the exam watchdog’s three-year corporate plan, published this week, promises to investigate adaptive testing – a computerised test that adjusts the difficulty of questions as students go through it – to replace tiering.

‘It can be a ceiling for some students’

“What I found very difficult with tiering was having to have conversations with students and parents about ‘we just can’t put you into the higher tier’,” said Dr Jo Saxton, Ofqual’s chief regulator.

The former academy trust boss and policy adviser to Gavin Williamson said such a situation was “incredibly sad. Qualifications open doors and I don’t like that … that mechanical element can be a ceiling for some students.

“I don’t like the idea that it’s decided in advance which students won’t get certain aspects of the curriculum.”

Ofqual wrote to schools in 2020 to remind leaders to enter students into the right tier. The year before, nearly 4,500 pupils of 140,000 who took combined science got a U grade after being put into the higher tier paper.

The regulator introduced a temporary safety net to ensure pupils who narrowly missed a 4 still got a grade.

But Saxton said leaders found tier decisions harder post-pandemic. “I would love that to not be a decision that school leaders have to make – if we could make the testing mean that nobody had to have a limited curriculum, and everybody had the opportunity to succeed.”

However, the National Foundation for Educational Research has warned such tests could limit a student’s opportunity to show their ability. Entering “uncharacteristic” responses to earlier questions could impact the rest of a pupil’s test, it said.

Ofqual’s academics will now begin “long term” work on the testing method, including how “validity and access” to qualifications could be improved through technology.

The regulator’s three-year plan also outlines how exam boards will be supported to use “innovative practice and technology”, as well as “removing regulatory barriers where innovation promotes valid and efficient assessment”.

Up to 2,500 students from 100 schools and colleges will take part in a trial of adaptive testing run by exam board AQA.

Saxton wants to know if the method – also known as “smart” testing – could help drive down the number of pupils having to do resits.

School leavers without a grade 4 in English and maths must resit exams, although the number doing this dropped 13 per cent last summer to 133,982 for English and 165,150 for maths.

“There’s not enough research yet [on] what is it that means they’re failing. It could be that it’s the format of the test itself, it’s not necessarily the content.

“I’m saying this recognising, as the regulator, that there are some good technical reasons why it exists in the way that it does, but I would be interested in looking at ‘does technology gives us a way to do it better?’”

In the plan, Ofqual pledges to “secure trust and confidence” in exams this year “and beyond”, as well as “be ready to implement contingency arrangements if needed due to the impact of the pandemic”.

Saxton said conversations with heads had given an “overwhelming sense” of schools wanting to get back to normal exams next year.

Although adaptations were welcome this year, such as advance information, “all of it is additional cognitive load”, she said.

“The vast majority of pupils I speak to are very grateful for the advance information, but they also tell me it’s been a lot of work working it out.

“They say we’d rather just have normal teaching and not have needed it. If we can get to a place where it’s not needed, that’s the optimal situation.”

Pressed on when leaders would know about next year, she said Ofqual and the government were clear schools and students needed clarity “well before” the new academic year. 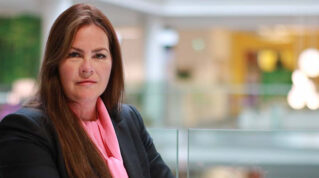 The exams watchdog wants to support the use of 'innovative technology'