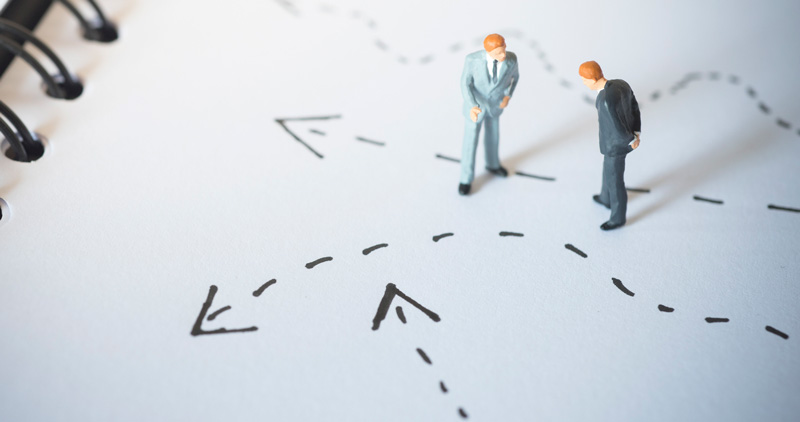 Schools needed a plan for next summer’s exams weeks ago. Without it, we are already risking another fiasco, writes Sarah Hannafin

Many in government would clearly like to put this summer’s results debacle behind them, as statements in parliament and in front of the education select committee attest. But apologies, however sincere, will do nothing for the students who still feel short-changed or offer any comfort to young people studying for next year’s exams.

What’s worrying is that there are few signs that the authorities who presided over this year’s chaos have learned the right lessons or are acting quickly enough to avoid another mess.

Grilled by the education select committee, Ofqual’s Chair, Roger Taylor said very clearly that ministers made the decision to scrap exams and award calculated grades, ignoring a range of options set out by the regulator that included socially distanced exams, a delayed series, centre assessed grades or a teacher certificate. None of those alternatives were discussed with the wider sector, and ministers apparently made their own decision without further consultation.

Ofqual’s chair said that the ‘fundamental mistake’ was to believe that a standardisation process as severe as the one they used would ever have commanded public confidence, but that the system they developed was the fairest model they could come up with. It did not, he maintained, create inequalities or disproportionately affect attainment gaps in a manner that was inconsistent with year-on-year fluctuations.

But it is precisely this unequivocal focus on maintaining standards with previous years which is questionable. Surely, in the unprecedented circumstances of a global pandemic, the balance should have leant more towards individual centres and students rather than tip in favour of the system and national figures.

The fallout is well documented, but questions remain unanswered, not least how soon ministers were aware of the likely problems and how long they held on before making the seemingly last-minute U turn on reverting to CAGs.

Ofqual’s version of events is that they met with ministers on a weekly basis in relation to awarding exams and the risks inherent in the model were set out to the DfE repeatedly. They say ministers were made aware from the outset that a model that focused on keeping grading stable over time would disadvantage particular students.

In particular, on 7 August, Ofqual communicated to the DfE particular disadvantages of their system for outlier students and those who expected improved results this year, as well as the number of students likely to be downgraded and effects of cohort sizes.

We raised our own concerns with Ofqual as soon as we were alerted to the numbers of results which had been changed by two or more grades from the CAG submitted by the centre. They consistently replied that they were relying on an effective appeals system to address outlier results. Yet their select committee appearance made clear the general dissatisfaction with what turned out to be a too-narrow appeals process.

So much for what came before, but what happens next? Taylor made it clear that Ofqual don’t support a plan B based on CAGs. Ofqual say they are learning from other countries about how socially distanced exams can be managed, and the autumn series will provide lessons that can be applied to 2021. Alternatives now under consideration include delayed papers and allowing pupils self-isolating on the date of their exam to sit it at a later date. They are also looking at online tests.

But we can ill afford any more last-minute changes or muddled thinking from the government, and gaping holes in the strategy for the coming year don’t inspire confidence. Just because exams aren’t in the calendar until next summer, it would be a terrible mistake to think that we have until then to prepare. If there’s even an outside chance we will need to use some form of data from centres to generate grades next year, schools and colleges need to make arrangements for this now.

The hard thinking necessary to come up with a contingency for 2021 seems to have barely begun, when schools really needed guidance and clarity weeks ago.