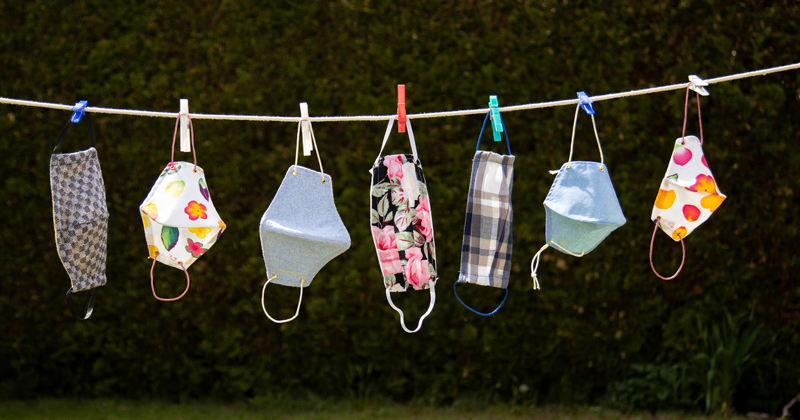 “In June, mask wearing was such a no-no we didn’t even think to ask questions about it”

Dystopia is not what it was. Photographs from World War II show children sitting behind small wooden desks, in tiny school rooms, wearing gigantic gas masks full of vulcanised rubber. Boxes for the masks hung around their necks, tied on with twine. Documentary footage shows children having bomb practices, where they hid under their desks or traipsed into underground bunkers. Those of us raised on end-of-the-world literature have been trained to believe this is what the end of the world looks like.

Whizz forward to now and it turns out that pandemics are less dramatic. Corridors smell of hand sanitiser. Fewer children whoop down corridors at once. And the issue of masks? Well, that’s quite different this time too.

At Teacher Tapp we’ve been surveying teachers about the changes to health and safety precautions through the Covid period. Back in March, the week before lockdown, few schools were mandating that children washed their hands at set times and only 1 in 3 had instituted no hand-shaking policies at the parents’ evenings they were running that month. Under 10 per cent of schools had parents mandatorily sanitise hands as they entered – a figure that now seems unbelievable, though it reflected difficulties getting hold of sanitiser at the time as well as concerns about how it would come across to worried parents.

Public health officials were strongly of the view that masks were unnecessary or counter-productive. It was such a no-no we didn’t even think to ask questions about it. There was no way it would happen.

It seems that teachers are more often avoiding communal spaces

Attitudes have since shifted, slowly. In June, when primary schools brought back some year groups, few had staff wearing masks. Still, no one expected it of children. At the time, more teachers thought the downsides of masks outweighed the benefits. As term now starts in full, things are reversed. A small majority of teachers (57 per cent) think the benefits of masks outweigh the disbenefits, and mask requirements are more in vogue – 41 per cent of primary schools and 48 per cent of secondary schools are asking teachers to wear masks in at least some circumstances (e.g. corridors or crowded spaces).

However – a thing of note for school leaders – although teachers tell us there are rules in their schools about mask-wearing, many fewer said they have worn a mask or are planning to. We don’t think this is because teachers are bounding around breaking the rules. Instead, it seems that teachers are more often avoiding communal spaces. Why sit in the staffroom to chat to friends if they’re going to be sat far away and you can’t easily hear them?

Other safety measures are even more common than masks. Over 70 per cent of schools have staggered their start/end times, much to the chagrin of working parents, and the same proportion are banning the sharing of classroom items such as scissors and pens. Around 1 in 5 schools have banned the marking of physical exercise books (as a way of reducing surface transmission). But one thing that has barely changed is the use of uniform; almost no schools have relaxed rules on ties or blazers.

One day historians will look back on this period with the same sense of wonder with which we look back at the gas masks. The only question is how long these measures will need to go on. Sadly, our survey can’t predict the future, but we will keep asking to see how things change.