The government has announced plans to scrap a £50 million grant for local authority school improvement activities, asking councils to top-slice school budgets instead.

School leaders said it could be seen as a “thinly veiled attempt to turn up the heat” on councils and maintained schools to pursue academisation.

The Department for Education launched a consultation today on plans to scrap the school improvement monitoring and brokering grant. Doing so will provide a “smoother transition” to its longer-term plan for all schools to join multi-academy trusts, the DfE said.

Funding arrangements will become more like academy trust top-slicing. Councils will be empowered to “de-delegate” or take all their improvement funding from dedicated schools grant budgets allocated for schools.

The move, which will see extra grant funding tapered off before being scrapped altogether by April 2023, will “support our overarching policy of ensuring maintained schools and academies are funded on an equal basis”.

The grant which the DfE plans to scrap is worth £50 million a year. It was first unveiled in 2016, with local authorities receiving a minimum of £50,000 each in the last academic year.

“The local authority role in school improvement has changed significantly in recent years, with the growth of school-led approaches, such as MATs, putting school improvement in the hands of the strongest schools and school leaders,” the consultation reads.

The consultation, announced while many schools are on half term, will run until 26 November, with a government response promised in December or early January.

The plan is to slash the grant by 50 per cent and give councils powers to claw back funding by April 2022. It would be removed entirely by April 2023.

Schools Week previously reported on increased top-slicing by dozens of councils to plug gaps left by the scrapping of the education services grant.

Nick Brook, deputy general secretary of school leaders’ union NAHT, said the news would be “greeted with disbelief” by many in the week of the spending review.

He added that the government should remain “even-handed” in its academisation drive when around four million children were still in maintained schools.

“This will be seen by some as a thinly veiled attempt to turn up the heat on LA maintained schools, to encourage more to leave LA control and join academy trusts.”

Stephen Morales, chief executive of the Institute of School Business Leadership, said the government should clearly set out its direction of travel in a white paper before “dismantling local authority provision”.

He added: “I’m not saying it’s not the right thing to do, but we need to be careful not to assume only MAT leaders can lead school improvement. There are capable leaders in maintained schools and single-academy trusts too.”

Julia Harnden, funding specialist at leaders’ union ASCL, said it needed to study the consultation in more detail, but councils had to be “properly funded” to manage their responsibilities. 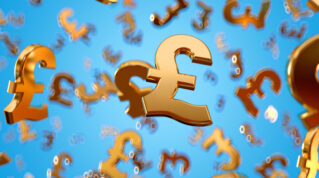