Schools Week spoke to 12 families whose children suffered from mental health needs, resulting in self-harm, suicidal feelings or eating disorders, after contacting groups such as Not Fine in School, Square Peg and Autistic Girls Network.

Two family stories are below. To protect their anonymity we have not included full names as requested by parents.

‘I had a stroke from all the stress’

Tasha, a mother with a 12-year-old son in Warwickshire

My son is 12 and he has a diagnosis of autism, ADHD and anxiety disorder.

He got the diagnosis of autism aged four, after his pre-school referred him. When he went to primary school, he couldn’t cope, but CAMHS would not get onboard, because they said it was his autism.

That’s the thing with CAMHS – they say “we deal with mental health, not with autism”. But then there is no other support. There was no signposting to something else.

At this time my son was trying to gouge his eyes out and had even tried to set himself on fire. The primary school could not handle him, so I removed him and kept him at home. It felt like all the onus was on me to make sure he got an education.

I had no comprehension of home schooling, I’m a single mum and I had no support.

I was told at one point he should be admitted to an autism training unit, but I refused for him to be taken away from family and me, that’s horrific. I was saying, “he doesn’t need to leave the community, he needs therapeutic intervention”.

They say “he’s ambivalent to therapy”. No, he just can’t come to where CAMHS want him to go. After that he had a complete breakdown.

I was really struggling and in 2018, one psychiatrist instructed the social worker to take me to hospital for a psychiatric review.

But at the hospital, the psychiatrist there took one look at me and said to the social worker, “you’re at fault – she’s got carer’s burnout”.

My battle had been going on for almost eight and a half years when I had a stroke from the stress, in 2020. I was in hospital and I left after four nights.

Then I was at home, still really unwell, trying to take care of my son.

That’s when I got my own social worker and a live-in carer. However, the council wouldn’t pay for home tutors for my son, so I had to pay for them myself.

Now I’m taking the LA to tribunal and it’s absolutely killing me. I’m fighting them on their position that he should be in a mainstream school.

They have this “inclusion” idea that everyone should be in mainstream. It doesn’t work, it just doesn’t work.

If you’re left to rot from a really young age, you get to a really bad place.

I always say, if he’d had cancer, he’d have been given all the help, but because it’s deemed “neurodivergent”, it’s a constant battle to get help.

‘It took my MP and two years to get help’

A mother with a 16-year-old daughter in Surrey

I started feeling concerned in year 7. My daughter was being bulled by a girl, and she didn’t seem to be able to manage it. She didn’t want to go to school, which was odd, because she had loved primary school.

Her behaviour deteriorated further, and the only way I can describe it is she was terrified. I took her to the doctor, and it was there she said she wanted to kill herself.

The doctor wanted to refer her to CAMHS, and the school referred her too. But my daughter was now not going into school, and she was starting to hurt herself in really strange ways, like hitting herself.

So we were put in touch with children’s services at the council. They had a contract with this amazing charity who gave us a mentor for my daughter. It was brilliant, my daughter really engaged.

But then the council ended the contract with that charity, and it was really wobbly for a bit.

Amazingly the school had the foresight to employ the mentor for my daughter themselves. I was so relieved.

That was so important, because with CAMHS it’s always been so many different support workers. My daughter just can’t stand them, because they change so regularly.

But then when she was 15, she told her mentor she had a plan to kill herself, and that she had everything she needed to do it.

She was assessed by a mental health nurse, who told me I had to keep her safe and remove all the sharps from her room. I found the stuff hidden in her bedroom.

A CAMHS support worker said “she needs anti-depressants, but I’m not a psychiatrist so I can’t prescribe them”. But it turned out there was no available psychiatrist for children in CAMHS.

So I contacted everybody. It was my MP who rang CAMHS to ask why their constituent couldn’t see a psychiatrist. Eventually CAMHS employed a locum psychiatrist, and then they saw my daughter.

It took my MP ringing for my daughter to see the right person. She’s getting help now she should have got over two years ago.

She was predicted a grade 8 on leaving primary school, but now it will be a miracle if she gets GCSEs in core subjects.

It has all been too little, too late. She’s been failed. 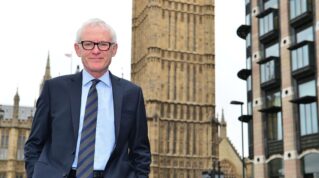 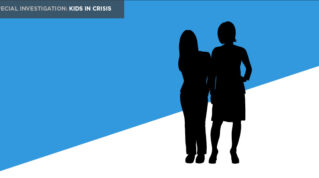 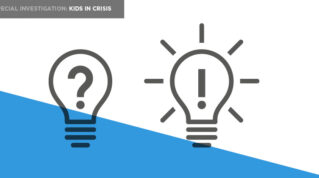 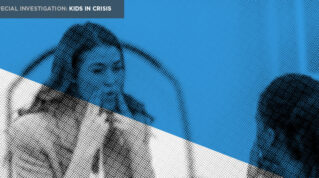 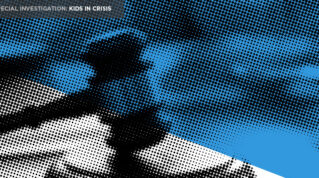 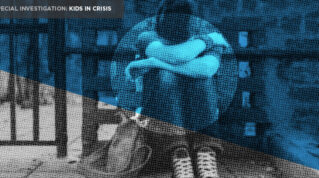