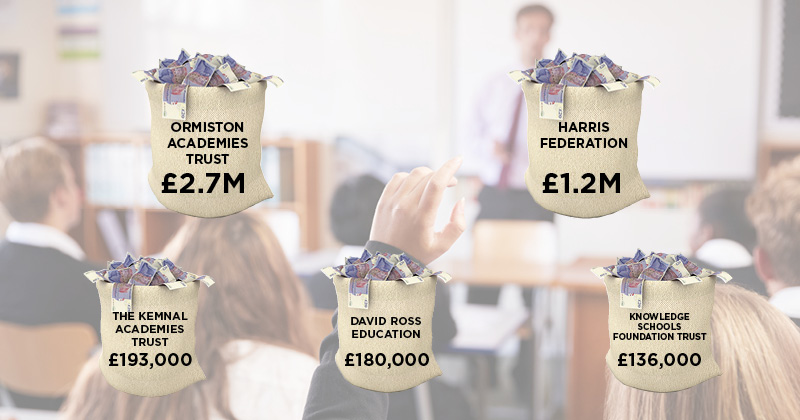 Academy trusts are raising millions of pounds through fundraising, with one trust posting “record” levels of parental donations.

Sector leaders say the findings, based on annual accounts for some of the country’s biggest trusts, show there is a “deepening social divide” as government funding is squeezed.

A spokesperson said the money had “enhanced provision” across a range of areas, including computer science, music, vocational education and facilities.

A spokesperson said the “majority” had been raised through Sir Dan Moynihan, the trust’s £440,000-a-year chief executive, “approaching charitable trusts with an interest in raising standards for disadvantaged children”. The federation has also appointed a full-time fundraiser. 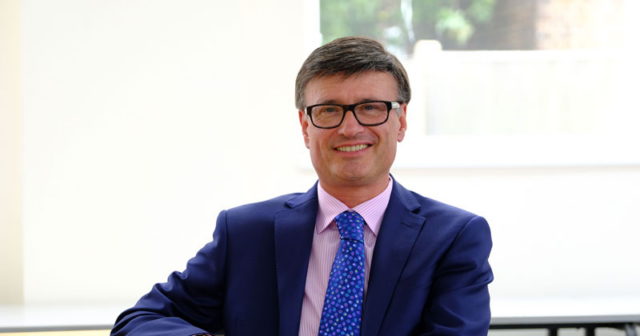 READ MORE: No pay rise for highest-paid academy chief for the first time in six years

The Kemnal Academies Trust, which made £193,000 from donations and charitable collections last year, has also appointed a director of enterprise to take charge of fundraising.

The David Ross Education Trust raised £180,000 in 2017-18 through events that included an awards evening “funded by donations from corporate sponsors” and a Yorkshire three-peaks challenge.

However, other trusts had less success. A spokesperson for E-ACT said the trust “has limited opportunity to raise funds through sponsorship” and does not employ fundraisers. Although it seeks sponsorship for its annual pupil celebration event, the spokesperson confirmed the trust “did not secure any external funding in the 2017-18 academic year”.

Oasis Community Learning said it did not fundraise for school provision, but encouraged its academies to raise money for charities such as Comic Relief or their partner “hubs” that run projects to support the local community.

Geoff Barton, the general secretary of the Association of School and College Leaders, said schools had to fundraise “to offset the fact that the level of government funding they receive is totally inadequate”.

“It is obviously more difficult for schools in disadvantaged areas to raise funds this way because many families in their communities are struggling simply to put food on the table. It is an illustration of how the inadequacy of government funding is further deepening a social divide.”

Ralph Lucas, editor in chief of The Good Schools Guide, said: “Schools, or more particularly MATs, ought to be doing these things where they want to fund a project that is worthy of external support, whether the times are fat or thin.”

But he added that if any donors were “set to benefit, beyond a reputation for doing good, from such a relationship, the ethics need looking at. Any deal should be public and the ethics reviewed.”

Trusts are also calling on parents for support. Accounts for the Knowledge Schools Foundation Trust show it celebrated “record incoming standing order donations from parents” which, combined with grants and on-off donations, last year brought in £116,000 for the West London Free School and £20,000 for its three primary schools.

The grant included £10,000 from the Garfield Weston Foundation, which is also a donor to the New Schools Network, formerly led by Toby Young, the founder of Knowledge Schools.

A spokesperson for the trust said it relied on parental donations and grants to fund its “extensive extra-curricular programme” but insisted it was “entirely voluntary”.

Stephen Morales, chief executive of the Institute of School Business Leaders, said it was important fundraising was transparent and did not place pressure on parents. It was “no surprise” that schools who raised the most were “high performing and in leafy suburbs”.

“It’s very difficult to criticise school leaders for wanting to do the best by the community of learners they are responsible for. I wouldn’t question their ethics in that regards,” he said.

“It’s a symptom of the system that we are operating in. I wouldn’t want to point the finger at those doing the best for their community, even if others can’t benefit in the same way.”