Exams: GCSE reform isn’t as simple as stick or twist

The spending review must fix the boat, not rely on liferafts

Reading a recent report by ASK Research with the NFER about children at special education schools and colleges, I was grabbed by how many of my unknown colleagues are worried their pupils will not be returning.

Whether 20,000 children with special educational needs (one in six children attending special schools) really don’t return to school, we will only discover over the next fortnight. At my school at least, I’m delighted three-quarters returned on the first day, and we’re working with parents to try to increase that further.

But the fact that 84 per cent of the 200+ school leaders who responded believe so, tells us that Covid has exacerbated real fault lines in the relationships between families, schools, local authorities, Public Health England and the Department for Education, which are nowhere near being resolved.

All of my colleagues in special education leadership have the same key challenges in mind: safe home-to-school bus transport, accessing PPE and suitable space for clinical care tasks and preventing highly anxious adult responses to SEND children returning to school.

But my sector’s ability to build up our families’ faith is not the problem.

Earlier this year, I viewed the emerging global pandemic of a new respiratory infection through the lens of my experience during the Swine flu epidemic of 2009-10.

Tragically we lost four students in 12 months, and were later advised these deaths were “probably” flu-linked.

So when we were told that a similar killer virus was headed our way, we closed our schools – a week before the DfE eventually gave the instruction.

I’m also the convener of the Medicines in Specialist Schools steering group, so in recent weeks I’ve had the benefit of listening to Dr Jenny Harries and Dr Russell Viner present the new C19 data.

Their findings clearly demonstrate an astonishing characteristic of Covid 19 – that the virus discriminates in favour of children (in that they are much less likely to come to harm than adults) and that this protective factor appears to extend even to children with complex needs and comorbidities.

So I have briefed staff in our trust’s two special schools that we should definitely re-open.

I know from national and regional headteacher forums that most share this positive outlook. So why do so many heads expect thousands of pupils with SEND not to return?

The answer lies in the confusing guidance issued by Public Health England, the Department for Education or the Cabinet Office. From March to May they mostly neglected to give detailed consideration to the special educational needs sector.

One group of pupils in particular has badly lost out – let me explain how.

The government flipped from stating in June that staff working in special schools do not need to wear any additional PPE, to in July introducing clinical PPE guidance for school staff who usually deliver “aerosol-generating procedures” (which is a special procedure for students with respiratory conditions).

Inevitably, none of the PPE we needed could be delivered on time

This means they need the same surgical gowns and respirators as NHS staff on red wards, and is because the procedure could spread the virus by sending saliva into the air as a fine mist.

The new acronym, “AGPs”, is now at the centre of chaos within local authorities and NHS bodies as they scramble to understand which agencies should ensure that special educational needs schools can remain safe where this procedure is being carried out.

Inevitably, none of the PPE we needed could be delivered on time.

So now we’ve had to write to some families with just days to go before they expected to send their children back to school, saying they cannot come back, yet.

There are 102 families in Bradford with children who need AGP. I have had to write to parents of 17 of those children in my school – and I am furious about it.

This was predictable and avoidable had an effective dialogue between policymakers and providers taken place in April, May, June and July. Instead, we saw central government pass the buck back to enfeebled local authorities for implementation of hot-off-the-press C19 policies.

And the 20,000 children? They now urgently need clear reassurance that schools, authorities and the government will be focused on sorting this issue out – so every child can get back to school. 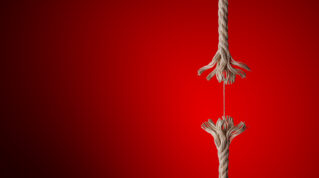 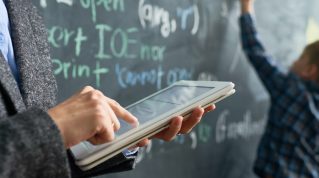