Daring to be different and leading the change in the education sector – what’s next?

What is harmful sexual behaviour? Sexual behaviours expressed by children and young people under the age of 18 years old that are developmentally inappropriate, may be harmful towards self or others, or abusive towards another child, young person or adult. The term encompasses a broad range of issues, including child-on-child sexual abuse or harassment and online sexual abuse, as well as behaviours that indicate the existence of adult to minor sexual abuse and child sexual exploitation.

Although every child develops an awareness and curiosity about sexual matters at their own pace, there are behaviours that fall outside acceptable and expected exploration, and there are those that can be considered warning signs for wider and more serious issues.

It can be particularly difficult for education professionals to distinguish between behaviour which would be viewed as developmentally appropriate and behaviour that would constitute sexually problematic or abusive. One of the challenges for staff is interpreting behaviour, the context if has occurred and in some situations limited information to base any discissions on.

In 2021, to better understand and tackle concerns of sexual abuse in schools and colleges, Ofsted conducted a review and interviewed over 900 children and young people along with school leaders, teachers, governors, local safeguarding partnerships, parents and other stakeholders in education settings across the country, ranging from primary to secondary schools. The report found harmful sexual behaviour in children to be an extensive issue; revealing a prevalence of child-on-child sexual harassment and abuse so widespread that, for some children, incidents are ‘so commonplace that they see no point in reporting them’ and ‘consider them normal’:

In response to the review’s findings, SWGfL and the Marie Collins Foundation launched the Harmful Sexual Behaviour Support Service, to provide advice to professionals across England, who encounter, or have concerns about harmful sexual behaviour among the children and young people they work with. The Service, funded by the Home Office and developed in collaboration with the Department for Education, is hosted by SWGfL, with support from the Marie Collins Foundation is available Monday to Friday 8am to 8pm on 0344 225 0623 or hsbsupport@swgfl.org.uk.

The service has been welcomed across the education and charity sectors. Following the launch Michelle Lee-Izu, Barnardo’s, Co-CEO, commented:

“Barnardo’s has been supporting children who are sexually abused for more than 25 years, and we know their trauma can last a lifetime.

“We have long warned that too many children are experiencing sexual abuse and harassment from their fellow pupils, and it’s absolutely vital that this changes, so that school feels like a safe place, where such behaviour is unacceptable.

“We welcome this new helpline, which should support teachers to feel confident in preventing, recognising, and responding to abuse and harassment between pupils. “

Robin Fletcher, CEO, Boarding School’s Association (BSA) and BSA Group, said: “We fully support the launch of this service and will be encouraging BSA members to make full use of it. This will be an excellent resource for all education and safeguarding professionals.”

Aileen Kane from the Safeguarding and Child Protection Association, said: “This is a much-needed service which will undoubtedly play a vital role in the fight against harmful sexual abuse. With increasing numbers of safeguarding concerns being reported, and several studies showing that the pandemic has led to an increase in these incidents, any additional support which can be offered to professionals is always welcome.

“We will certainly be highlighting the service to our members and encouraging them to make use of it if they require any support in this area.”

There are lots of variables when it comes to identifying harmful sexual behaviour in children and young people. For example, innocuous behaviour from one age group, or stage of development, can be alarming if it occurs in another age group. Similarly, a single incident of a child using harmful sexual language, might be indicative of a lapse in judgement, whereas repeated incidents could be indicative of sexually aggressive harassment. Context is usually key, and any professional who feels concerned, or has an instinct that the behaviour imore severe or repetitive than it first appears, should be encouraged to seek help and guidance through the Service. Some examples of changes in a younger child’s (aged 3 – 10 years old) behaviour that might be cause for concern can include:

Touching others/ peers forcing hugs Isolated or infrequent occurrences of the behaviours above could fall into the bounds of normal sexual awareness and exploration and there could be many reasons they occur. But repeated or sudden concerning, out of character, changes to behaviour, are a good reason to seek advice and support on how best to respond to the behaviour.

For older children (aged 10 – 18 years old), harmful sexual behaviour can present differently. It all depends on the physical and emotional maturity of the child, their personal journey with sexual activity and the context the behaviours occur in. As children mature, normal and expected behaviours are likely to develop and may become visible in some ways to the professionals who work with them. This doesn’t mean that when incidences of “normal” sexual behaviour occur that they are welcome or appropriate, but rather, if they occur in an inappropriate setting, it presents an opportunity to educate the young person about the impacts of their behaviour.

The importance of teaching emotional maturity and developing an understanding of consent, respect and healthy relationships is a vital area of consideration for RSHE and PSHE in schools. However, the Ofsted review presents a worrying picture of the significant work that still needs to be done to tackle a culture developing in schools that ignores issues of harmful sexual behaviour among young people. Both the report, and the high volume of professionals contacting the Harmful Sexual Behaviour Support Service since its launch, indicate that the problem is far more common than initially thought. In four days following launch on 17 January 2022, the new Harmful Sexual Behaviour Support Service is supporting with 79 cases from schools in England, after professionals sought advice on how to tackle incidents of harmful sexual behaviour. From all the enquiries received by the service since launch:

Education professionals who work with older children and young people are increasingly aware of the prevalence of harmful sexual behaviour and have reported witnessing and hearing of behaviours such as:

The reality is that today, most children and young people experience sexual development in a completely different way to previous generations, which can make talking about sex and relationships more difficult. Almost all go online and many are exposed to pornography before they even reach puberty, and combatting the harmful impact that online sexual material can have on young people is a significant task.

It is important to recognise that, while people from different backgrounds have different expectations about what is acceptable behaviour in children, sexual abuse happens across all races and cultures and settings.

Children and young people with special educational needs may also develop at different rates and, as such, they can be even more vulnerable to abuse. Children with learning disabilities, for example, may behave sexually in ways that are out of step with their age. Particular care may be needed in educating them to understand their sexual development and to ensure that they can communicate effectively about any worries they have.

What can professionals do?

It is clear that the scale of the problem has largely been underestimated. Schools have measures in place to deal with incidents of sexual violence that come to their attention but many teachers and safeguarding leads are reporting a lack of access to resources when it comes to lower-level behaviours and early intervention, as well as a general lack of confidence for dealing with incidents of harmful sexual behaviour. Which indicates a wider cultural shift is required to tackle child-on-child sexual harassment and online abuse.

The Ofsted report shows that many children – especially girls – feel they have to accept incidents of harmful sexual behaviour as part of normal life, as well as worrying that if they were to report, that nothing would be done as there is a lack of information about what the consequences might be, particularly amongst their peer groups.

However, evidence suggests that the earlier children get help, the more chance there is of preventing them moving on to more serious behaviour.

Advice from the Harmful Sexual Support Service to professionals is not to wait for ‘proof’ of harmful sexual behaviour. Although it is a particularly sensitive topic, advice is available to help tackle incidents and behaviours early, which will lead to better outcomes than waiting for the behaviours to increase in severity. Ultimately, action and intervention can lead to the prevention of abuse.

The Harmful Sexual Behaviour Support Service, by SWGfL and the Marie Collins Foundation, is for all professionals who work with children and young people and available Monday to Friday 8am to 8pm on 0344 225 0623 or hsbsupport@swgfl.org.uk. 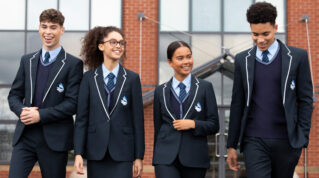 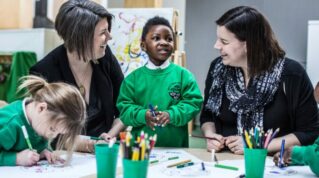 Daring to be different and leading the change in the education sector – what’s next? 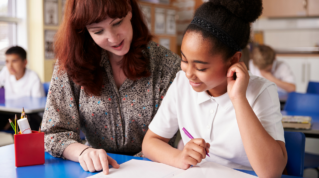 Diversity inclusion in schools can lower the need for free school meals – Pathways to Professions is here to show you how.

Diversity inclusion in schools can lower the need for free school meals – Pathways to Professions is here to...

Blueprint for All
1w 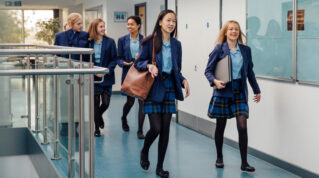 Why a focus on careers education is more important than ever 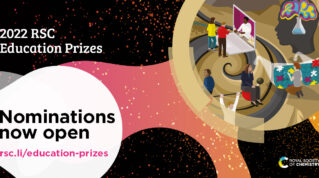 Would you like to recognise a science educator who is doing amazing work in inspiring the next generation of... 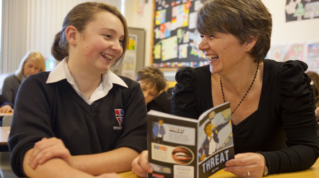 The first priority in any support materials for Key Stage 3 or 4 is that they appeal to the...