The government is being urged to “come clean” about the costs of private finance initiative (PFI) deals affecting hundreds of schools.

Official data is typically published each year on which PFI firms own school buildings, how much deals currently cost schools and councils and how much profit shareholders are making.

But the most recent figures are now more than three years and six months out of date, despite potential swings in costs and profits since Covid and Brexit hit, or changes in building ownership.

The most recent data is from March 2018, but was published a year later. Data for 2019 was due early last year but delayed as the pandemic struck.

The Treasury refused to release the information following a freedom of information request by Schools Week. They said the 2019 data would come out by July and 2020 data by the end of the year.

PFI data was due in July

Yet three months after the July due date, the data has still not been released by the Treasury and Infrastructure Projects Authority.

Lord Storey, Lib Dem education spokesperson in the Lords and a former head, raised the delay with ministers earlier this month.

In response, Lord Agnew said the 2019 data will now be published “this autumn”.

But he also revealed the 2020 data would not be published at all as “a data collection was not undertaken” last year. Up-to-date research into the picture this year will “commence shortly” and come out early next year, he said.

Storey said: “The Treasury should come clean about these projects, to see the impact on the education estate in terms of council and other budgets.”

A growing number of schools with deals ending over the next few years are re-examining their PFI arrangements.

Successive governments have used PFI to build schools since the late 1990s. Private firms build and typically maintain sites in exchange for mortgage-style payments, often lasting 25 years, before handing them over to taxpayers.

The children's commissioner joins the CEOs of Harris, Star, Oasis and OGAT on the board behind the DfE's new...

The qualifications regulator is offering up to £120,000, advertising the role for the second time in a year

DfE felt it was 'appropriate' curriculum partners were paid for licensing

Some DfE bailout payments were delayed as councils failed to hit agreed targets, while all councils are being told... 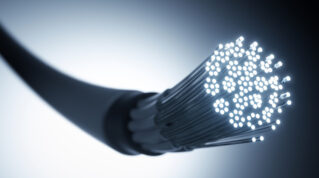