A decision on how exams will be graded in 2022 will be announced next month, Ofqual has said.

Ofqual chair Ian Bauckham told the Parliamentary education committee this morning that the regulator would confirm grading arrangements in October.

But the outcome of a consultation on modifications to assessments next year is still potentially weeks away, despite a stated aim to confirm decisions by “early September”.

The official consultation, launched July, stated that the government and Ofqual were “aiming to announce our decisions by early September”, with a decision on grading also coming in the autumn.

Bauckham acknowledged in May that teachers “need to know” of any “significant” changes before the start of the academic year.

But Ofqual would only confirm today that the outcome of the consultation would be published “in the next couple of weeks”.

Ministers have confirmed they want to see formal exams go ahead next year following their cancellation in 2020 and 2021, but with some adaptations aimed at making them fairer to pupils who have missed out on parts of their education.

Ofqual and the Department for Education launched a consultation in July on these adaptations, including a choice of topics for some GCSEs and advance information about content in most subjects.

The consultation closed on August 1, leaving schools waiting for confirmation that the proposals will be implemented.

This story has been updated after Ofqual clarified that Ian Bauckham was talking only about the grading decision when he told the committee plans would be confirmed in October. 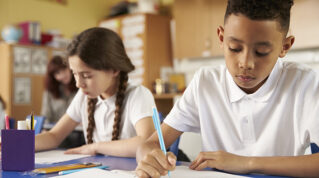