Experts fear a three-month election process for new regional schools commissioner advisers “may have to be restarted” after it was paused while department officials consider a reorganisation.

Candidates for RSC advisory boards were told last week that results would no longer be announced by the end of this month. An email said it was “taking longer than anticipated to constitute the new advisory boards”.

However, Schools Week has learned the results are on hold because the Department for Education is considering appointing a ninth RSC in London. Currently the capital is split into three RSC regions.

The DfE said election results would be delayed “whilst we consider the impact of any change on regional boundaries”.

Sir David Carter, the national schools commissioner from 2016 to 2018, said creating a commissioner for London “would not be unhelpful”.

But he said the elections “may have to be restarted as the candidates in three of the regions may no longer be located in the region that they were standing in”.

“There is also the issue of trust leaders voting for a candidate who might be part of the new London region and not part of the original region that they were eligible to vote in.”

Susan Acland-Hood, the DfE’s permanent secretary, admitted on Monday that the eight current RSC regions, introduced in 2014, did not match up with more widely used regions in other departments.

Most use nine regions, known as the government office regions.

While London is split into three areas, Yorkshire and the Humber is also divvied under the RSC system.

Acland-Hood told the public accounts committee a specific London RSC was “under consideration”, but would not commit to a timeframe.

Any changes to other regions as part of a restructure would be limited.

Geoff Barton, the general secretary of the ASCL school leaders’ union, said it would be “very odd to have held advisory board elections only to then change the organisational structure”.

The restructure seemed like “an unnecessary distraction” when schools were at full stretch.

It comes as ministers reveal they are looking at the DfE’s future operations alongside an ongoing review of the Education and Skills Funding Agency.

Michelle Donelan, the universities minister, said that “having reflected on how the Covid-19 outbreak has changed us and our sectors, and at how we want to work in future, we are working with our staff to take a purposeful look at how we are organised to deliver”.

A source familiar with the department’s operations said such a review would “make sense”, as the department would eventually need to “wind down” its large Covid division.

Data published by the DfE in December shows its Covid response unit has 85 staff. A further 113 work on education recovery, while 91 work on rapid testing and 34 on the Covid response in schools.

Its regional delivery directorate, led by Dominic Herrington, the national schools commissioner, is the department’s second largest, with 546 staff. A further 166 work on academies and school reform.

Stuart Lock, the chief executive of Advantage Schools and a candidate for the northwest London and south central England advisory board, said delays might be “frustrating” for candidates, but he could “see the case” for rationalising regions.

If reforms were planned it made sense to “explore these before blindly carrying on with election announcements”.

“I agree with a system that’s well-run, rational and works with key people in the sector. Change is always difficult. The DfE thinking it through, rather than announcing to keep us happy with potentially more chaos, seems sensible.”

But Kevin Courtney, the joint general secretary of the National Education Union, said RSC structures were in “fundamental need of reform – moving to nine regions is nothing like enough”.

It was “not right” that decisions about academisation were taken by bodies that “only represent the academies sector”. 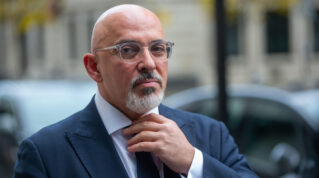