The Department for Education will spend £5 million on lawyers to help put forward its case to the public inquiry into how well the government responded to the Covid pandemic.

The department has contracted DWF, a global legal firm based in Manchester, for five years to “supplement capacity” from the Government Legal Department (GLD), the government’s principal legal advisers.

The inquiry – launched this week – will “consider and report on preparations and the response to the pandemic” across the United Kingdom.

The investigation, led by Baroness Heather Hallet, will include examining “the impact on children and young people, including health, wellbeing and social care”.

An explicit focus on children was added after it was left out of a draft term of reference published earlier this year.

The department, led at the time by Gavin Williamson, came under scrutiny for blunders over back-to-school plans, as well as stuttering the roll-out of Covid support.

The DfE and DWF did not respond to a request for comment.

Register of interest records show Conservative MP Mark Harper was a senior adviser to the firm between February 2017 and April 2019. He was paid £3,000 a month for 20 hours of providing “strategic advice”.

The latest figures suggest Covid disruption is on the rise again. Attendance dropped from 91.5 per cent on June 9, to 89.4 per cent last week. Staff absences are also rising.

The government’s attendance survey estimated that 6.5 per cent of teachers and school leaders were away last week, up from 5.5 per cent on June 9.

This was most pronounced in special schools, where 8 per cent of staff were absent, up from 6.9 per cent in the week before.

Geoff Barton, the general secretary of the Association of School and College Leaders, said the constant wave of infections would cause “fresh disruption. There is absolutely no government strategy to deal with this issue.”

He suggested the reintroduction of free Covid testing and more financial support for supply staff cover.

The final round of results from the Schools Infection Survey show an estimated 99 per cent of secondary school pupils and 82 per cent of primary pupils tested positive for Covid antibodies in March.

This was a large leap at primary, with just 62 per cent of pupils tested between January 10 and February 2 having antibodies.

More than three in four (78 per cent) of children aged 4-7 also had antibodies.

Just over 10,000 pupils from 116 primaries and 52 secondaries took part in the trial, led by the London School of Hygiene & Tropical Medicine (LSHTM), Office for National Statistics and UK Health Security Agency.

It also found the proportion of unvaccinated primary pupils whose parents said they were “unlikely” to agree to their child getting the jab “significantly increased” from 24 per cent in December to 36 per cent in March.

Dr Patrick Nguipdop-Djomo, the co-chief investigator of the study at LSHTM, said: “This underlines the importance of a better understanding of the impact of Covid in younger children to help parents in their decisions and provide appropriate public health messaging, including both the safety and benefits of vaccination.”

The results were published on Monday. 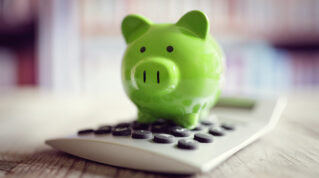