The UK’s public Covid inquiry chair wants to expand her remit to investigate how children and young people were impacted by the pandemic.

The draft terms of reference for the probe had just one mention of education, prompting “extreme concerns” it would not properly investigate the problems schools, parents and children faced.

Education committee MPs wrote to the chair, Baroness Heather Hallet, urging her to broaden the remit during a consultation on the plans.

She has now written to Prime Minister Boris Johnson recommending “the impact of children and young people, including health, wellbeing and social care” is added

She also wanted “education and early years provision” to be included.

In her report, she said the original reference of “restrictions on attendance at places of education” would have covered provision of free school meals, the impact of inequalities in access to broadband and laptops and the impact on exam cohorts.

But she added it was “clear the inquiry ought to be able to investigate a much broader range of impacts beyond education”.

Hallett said she “hopes” Johnson would accept her recommendations “in full”.

Robert Halfon, chair of the education select committee, “strongly welcomed” the news and was “grateful” for Hallett listening to calls for change.

Kevin Courtney, joint general secretary of the National Education Union, said: “This aspect of the government’s pandemic response and pre pandemic preparation needs to be at the heart of the inquiry’s work and it is essential the Prime Minister now accepts Baroness Hallett’s recommendations.”

A government spokesperson said: “We are grateful to Baroness Hallett for leading the consultation process.

“We will now consider the proposals fully, consult the devolved administrations, and will publish the inquiry’s final terms of reference in due course.” 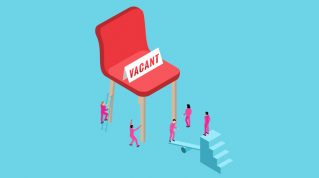