New data has revealed big variations in take-up of the government’s National Tutoring Programme across England, with schools in the south far more likely to have enrolled their pupils than those in the north.

Though lower than in the south-west and south-east, take-up-rates in London were higher than in the north, the east of England and the Midlands.

In all regions, the NTP is on track to hit its annual targets by the end of the year

The NTP set a target of reaching 6,000 schools across the nine regions through the tuition partners pillar, currently run by the Education Endowment Foundation.

However, the NTP would not provide its individual targets for each region.

The programme confirmed this week it had reached around 4,200 schools – 70 per cent of its national target – as of February 26. 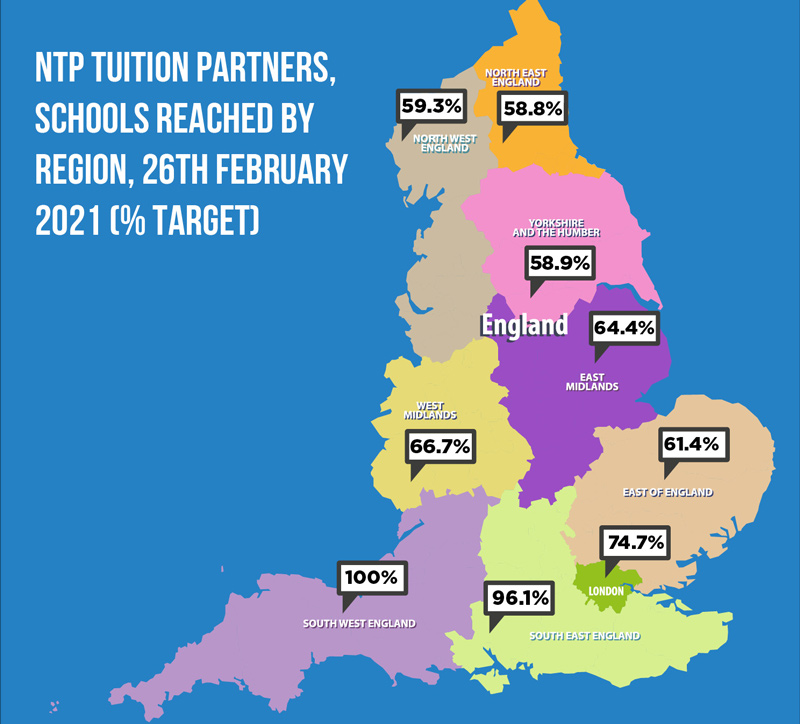 However, it was revealed this week that just 49 per cent of those accessing the tutoring sessions are eligible for the pupil premium.

Officials had previously admitted that take-up was lower in the north of England, but the new figures show the true scale of the challenge for the first time.

The NTP told Schools Week it had expected some variation in take-up between regions.

A spokesperson said: “In all regions, the NTP is on track to hit its annual targets by the end of the year.”

They added that the use of private tuition had historically been more prevalent in the south, and schools in the regions “may have more familiarity with using tutoring to support their pupils”.

They also pointed out that northern England had seen greater disruption during the pandemic “preventing schools from putting plans in place and knowing when interventions can be successfully deployed”.

“The NTP is designed to address the regional variations in supply by building the supply of high-quality tutoring across the country, so that schools in every region can access its support.”

But critics say there are not enough tutoring providers “with strong ties to northern schools” in the scheme.

Sarah Mulholland, head of policy at the Northern Powerhouse Partnership, said this “wasn’t helped by the government choosing a very narrow definition of subject tutoring, meaning providers who had asked schools what they actually wanted which was often to address the specific issues caused by the pandemic, such as mental health problems, were cut out”.

Chris Zarraga, director of Schools North East, which represents about 1,150 schools in the region, said applying a “one-size-fits all approach” to tutoring did not take into account “huge regional differences, including the significant levels of long-term, high-impact disadvantage in the north-east, which has been exposed and exacerbated by Covid-19”.

“Any recovery programme needs to be flexible to allow school leaders to identify where the gaps are, and properly support students in their mental and emotional development, not just academic ‘catch-up’.”

DfE plans to ‘push’ benefits of tutoring in north

Last week, Graham Archer, the Department for Education’s director of qualifications, curriculum and extra-curricular, said they were using their regional teams to “push hard” the message of the benefits of tutoring.

The NTP also revealed this week that just 49 per cent of pupils enrolled for tutoring are eligible for the pupil premium.

However, EEF chief executive Professor Becky Francis told MPs on Tuesday that schools had the flexibility to put pupils forward who had “become vulnerable during the pandemic, as very many have, as you know, or have particularly fallen behind during the pandemic”.

Natalie Perera, the Education Policy Institute’s chief executive, said she would expect the other half of pupils accessing tutoring to be considered vulnerable in some other way or to have lost significant amounts of learning over the last year, but said it was “essential” to see the data.

A DfE spokesperson said they were committed to ensuring the NTP reaches “as many disadvantaged pupils as possible” and continue to encourage take-up in areas hard hit by the pandemic. 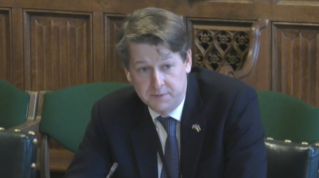