The Cumbria Education Trust has been named as the government’s preferred sponsor for the struggling Whitehaven Academy.

However, Cumbria’s largest chain, which has four primary schools and two secondaries already on its books, has said there are “many issues to review” before its board approves the takeover.
The future of Whitehaven has been up in the air since November, when the troubled Bright Tribe Trust announced its intention to walk away from the school.

It is early days and there are many issues to review

The academy has been at the centre of a row over Bright Tribe’s activities in the north of England, which came to a head last autumn when Trudy Harrison, the local MP, was escorted from the school’s site as she tried to inspect flood damage to its dilapidated buildings.

Mary McKeeman, Bright Tribe’s chief operating officer at the time, resigned a few days later after just nine months in the role, and the trust has since announced it will walk away from all but one of its northern schools.

“We are excited to have been selected by the DfE as preferred sponsor of the Whitehaven Academy, but it is early days and there are many issues to review before the CET board of trustees can reach any firm decision about taking up this opportunity,” said Lorrayne Hughes, the chief executive of the Cumbria Education Trust.

“We have begun the due-diligence process and we are undertaking risk assessments which will examine a range of operational matters including current and future capital and revenue funding.”
Whitehaven was under local authority oversight until January 2014, when it was taken over by Bright Tribe. By October 2016, it was in special measures. 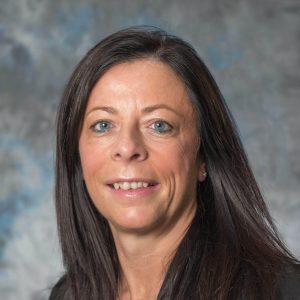 In an open letter published late last year, staff claimed that two thirds of the school site is now so dilapidated it has had to be closed. The remaining third is described as having “declined to the extent that the slightest rainfall means that large areas of the building we are in are out of action”.

Whitehaven was one of hundreds of schools that had planned renovations cancelled when the ‘Building schools for the future’ scheme was scrapped by the coalition government in 2010.
During bad weather last year, teachers said water had been pouring through windows and into electrical sockets, and even onto pupils’ food as they lined up for lunch.

Bright Tribe said in November that it was ending its sponsorship of Whitehaven after its plans to “develop a hub of schools in Cumbria” had failed to materialise and it now believed “alternative sponsorship” is the “most appropriate route for the school’s continued improvement journey”, although it warned that it may “take some time” before the process is complete.