Staff at a failing school in Cumbria have signed an open letter demanding that the school be removed from its sponsor, as local campaigners prepare for a crunch meeting later this week.

Teachers at Whitehaven Academy have been left “broken” by the way the Bright Tribe academy trust has run the school, and want action to stop it from closing.

A community meeting is now scheduled for Thursday to discuss whether Bright Tribe can be forced to relinquish control. At present, academies cannot remove themselves from a sponsor but a sponsor can choose to hand over an academy to another trust. Staff claim they have been told they will be sacked if they attend the meeting, but Bright Tribe has denied this.

We can’t take it anymore, we are broken. Broken in spirit and broken in our faith in a once noble profession which, on this site anyway, has been destroyed

Bright Tribe took control of the school in January 2014. By October 2016, it was in special measures.

In their letter, staff say that two thirds of the school site is now so dilapidated it has had to be closed. The remaining third is described as having “declined to the extent that the slightest rainfall means that large areas of the building we are in are out of action”.

There are also questions over the government’s support for the school, after it emerged that Lord Nash, the former academies minister, had promised to try to find funds for it.

A year ago, more than 50 members of staff signed a previous open letter criticising the trust, in which they said they had no confidence in its ability to improve the school.

Teachers received a response from Nash in January 2017, urging them to work alongside the trust and saying he would “endeavour to secure additional resource” for improvements to the building.

He also reassured teachers that the regional schools commissioner would “regularly monitor progress” at the academy, but staff said they had seen “no evidence” of this.

A Department for Education spokesperson said the government’s priority was to ensure “that all children receive the best possible education”. 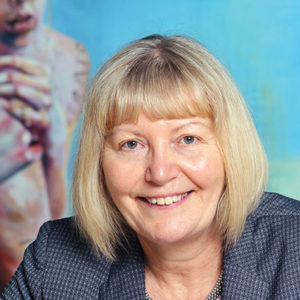 Janet Renou, RSC for the north of England

“The regional schools commissioner is working closely with the Whitehaven Academy’s sponsor, Bright Tribe Trust, to ensure improvements are made. There will be more details in due course.”

Whitehaven was one of hundreds of schools that had planned renovations cancelled when the Building Schools for the Future scheme was scrapped by the incoming coalition government in 2010.

During bad weather last week, teachers said water had been pouring through windows and into electrical sockets, and even onto pupils’ food as they lined up for lunch.

“We can’t take it anymore, we are broken,” they write in the letter. “Broken in spirit and broken in our faith in a once noble profession which, on this site anyway, has been destroyed. How can it be in 2017 that this is allowed to happen?

“We urge action to be taken and taken now or our school will be closed in the very near future.”

The trust said it has carried out “numerous works” to improve the school site, and continues to lobby for additional funding.

It added that trust staff visit the academy on a weekly basis with remote support also provided, and all “relevant” text books have been ordered.

A spokesperson said the trust had taken on a school with “a legacy of historic underinvestment and underperformance” and since then had carried out “extensive improvements” to both the site and pupil outcomes.

“Bright Tribe fully appreciates the hard work of all staff and students at the Whitehaven Academy and believes that with their support the school can continue to improve to become an outstanding school for the local area.”

Teachers signed the letter on Friday, the same day as pupils started a petition also calling on Bright Tribe to stand down, and a day after the local MP, Trudy Harrison, was escorted from the school’s site as she checked on flood damage.