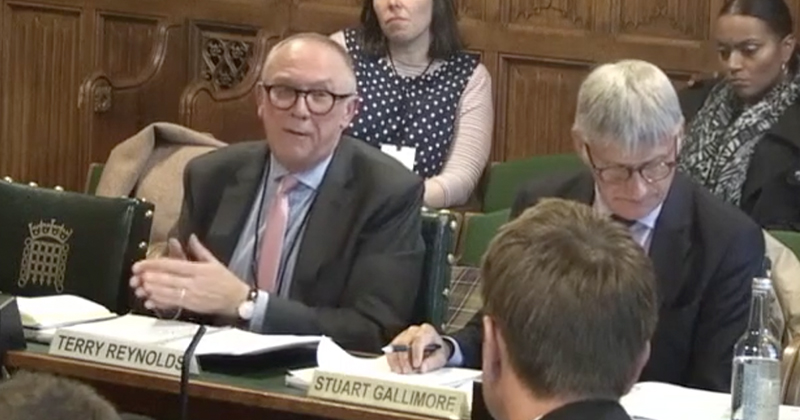 A council has been accused of trying to discourage schools from applying for Education Health and Care plan for pupils with special educational needs in a letter to heads.

A leader at East Sussex council admitted his team wrote to schools telling them to keep EHCPs “under review, to ascertain whether or not the child still needs to be the subject of a plan,” in an evidence session on special educational needs provision this morning.

Stuart Gallimore, director of children’s services, told the Commons education select committee the letter was a reminder to schools “not to knee-jerk to the assumption that all children need an EHCP to meet their needs”.

Ben Bradley, MP for Mansfield, said the letter appeared to advise that “schools might want to avoid putting people forward for plans, or might want to cease people’s plans earlier”.

Schools and parents have a right to request an EHCP assessment which, if successful, determines the support and resources pupils with special educational needs require. They are coveted by many parents and schools because they often come with extra funding attached.

Schools might want to avoid putting people forward for plans

Issues with the plans are well-documented, with long waiting times and many councils which refuse assessments being overturned at tribunal.

But Gallimore defended the letter, saying it seemed “odd to me that we operate in a world where we couldn’t see the cessation of a plan as a success”.

He pointed out the council had a “finite pot of money” for assessments. Council leaders have previously said EHCP assessments are costly, because the advice of educational psychologists and other therapists must be paid for.

Figures show 40 per cent of initial EHC plan assessment requests were rejected by East Sussex in 2017. Gallimore said his council was trying to keep pupils in mainstream education rather than the costly independent school placements preferred by parents.

James Frith, MP for Bury North, said he was concerned councils were “gatekeeping” EHCP assessments, adding: “I put it to you you should be assessing everybody.”

Terry Reynolds, director of education and skills in Newham in London, replied that “where evidence is provided that does not meet our threshold for assessment, we will say that we’re not going to assess”.

Instead the council’s officers talk with the pupil’s school about a support plan, which the school’s “devolved level of SEND funding should underwrite anyway”, he said. “We expect schools to also meet the needs of children with SEND.”

Barney Angliss, special educational needs consultant, told Schools Week “councils have the power to refuse assessment where they can show that a young person’s needs can be met without an Education, Health and Care Plan”.

He added, however, that “often it’s necessary to conduct the assessment in order to make that case with any confidence”.

Many schools have warned the nominal £6,000 they receive for higher needs pupils is insufficient, and that EHCPs are the only way to access the necessary funding.

Latest government figures show the percentage of pupils with a statement or EHC plan has risen to 2.9 per cent of the total pupil population, after remaining constant at 2.8 per cent from 2007 to 2017.