Schools must “assess and balance” the risk of potential strip searches to pupils’ wellbeing before calling the police, according to guidance updated in the wake of the Child Q scandal.

The Department for Education has updated its guidance on searching, screening and confiscation after the incident, in which a 15-year-old black girl was strip-searched by Metropolitan Police officers called to a Hackney secondary school.

A Local Child Safeguarding Practice Review of the incident earlier this year told the DfE to “urgently revise” its guidance, after concluding that school staff should have “been more challenging to the police” and had “insufficient focus” on safeguarding needs.

The review also found racism “was likely to have been an influencing factor” when deciding to undertake a strip search.

The Metropolitan Police admitted the “humiliating” search of the girl who “smelled of cannabis”, in December 2020, “should never have happened”.

While strip searches on school premises can only be carried out by police officers, the updated guidance tells school staff they must “retain a duty of care” for pupils involved and “should advocate for pupil wellbeing at all times”.

They are also advised to “assess and balance” the risk of a potential strip search on a pupil’s mental and physical wellbeing and the risk of not recovering a suspected item before calling police to a school.

Staff should also ensure other “appropriate, less invasive approaches” have been exhausted before before introducing the potential for a strip search through police involvement when a child is suspected of possessing a prohibited item.

The guidance also sets out that where “reasonably possible”, staff should inform a parent of the pupil in advance of the search and should always inform them once a strip search has taken place.

In the case of Child Q, her mother was not informed in advance or following the search, with the girl informing her after returning home.

The advice, which will come into force from September 1 this year, also stipulates that at least two other people, one of whom must be an appropriate adult, must be present for a strip search involving exposure of intimate body parts except in cases where there is risk of serious harm to the pupil or others.

There was no appropriate adult in attendance, with teachers remaining outside the room, while Child Q, who was menstruating at the time, was strip searched by two female police officers in her school’s medical room.

Staff are also advised that pupils should be given appropriate support following a strip search, even if a suspected item is found.

“If an item is found, this may be a police matter, but should always be accompanied by a safeguarding process handled by the school which gives attention to the pupil’s wellbeing and involves relevant staff, such as the designated safeguarding lead (or deputy),” it adds.

Heads will still be able to ‘cancel’ exclusions

The government also announced today it was abandoning plans to ban headteachers from cancelling exclusions or suspensions once they had begun.

The DfE has published its response to a consultation on changes to behaviour and exclusions guidance, which was launched in February.

The government said its objective was to “ensure that, where relevant, parents have the right to request that a governing board considers a pupil’s reinstatement if they have been excluded”.

However, consultation respondents warned of a “lack of flexibility if additional information in the investigation came to light and the potential subsequent risk of unjust exclusions, a general increase in exclusions and pupils having unnecessary gaps on their education record”.

As a result of the concerns, the DfE said it “will not be taking forward this legislative change”.

Instead, the DfE said it had “set out a clear process to ensure that a withdrawn exclusion is recorded, parents can discuss it and the pupil is allowed back into school should the parent wish”.

The guidance will refer to this process as “cancelling an exclusion”.

The original consultation also proposed a new three-day deadline for heads to notify parents about suspension or exclusion. The current requirement is to do so “without delay”.

Some respondents said this notification period was too long, and that parents needed to know “immediately”, as “not knowing the child’s whereabouts may lead to safeguarding concerns”.

As a result, the DfE said it would not be taking forward the change.

Other minor changes have been made to the proposals since the consultation.

The government has strengthened a section on removal of pupils from lessons, previously known as isolation, to include an expectation that schools “routinely collect data on removal and regularly monitor this to identify patterns of use and evaluate its effectiveness”.

The consultation had only proposed wording that stated schools “may wish to collect data”. 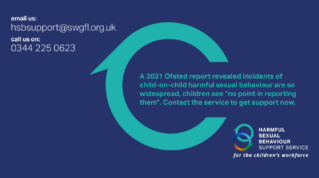