The Department for Education has revealed the full list of candidates running in regional advisory board elections as polls open this week.

A total of 164 trust and academy leaders have thrown their hat in the ring for 32 elected roles advising their regional schools commissioners on local academy oversight.

Academy leaders are being urged to vote in the elections, which mark the first time trust chief executives without headteacher experience have been eligible to stand. Covid saw the elections delayed last year.

Four elected candidates will advise and challenge each of England’s eight RSCs, alongside up to four individuals appointed or co-opted by the government-chosen RSCs themselves.

The number of candidates in each region varies from 15 in Lancashire in West Yorkshire to 29 in the West Midlands. The East Midlands and the Humber had the second lowest interest at 17, and the North West London and South Central England the second highest at 27.

More than 9,700 academies can each vote for four candidates in their region, potentially giving candidates from trusts with large clusters of schools an advantage. Academy heads, senior leaders or senior trust officials must “agree amongst themselves” who casts the ballot, according to DfE guidance.

“It is important that you get involved,” one RSC office tweeted today. All academies were due to receive election packs from Monday, with online voting now open until Friday 10 December and results due late January.

A DfE spokesperson said on Monday that candidates’ election statements were “for those who are eligible to vote only” and “not in the public domain”, in contrast to the 2017 election.

Schools Week then asked for an explanation and began contacting every candidate requesting their statement. By Tuesday afternoon, the DfE had U-turned – with statements to be made public via the voting website “shortly”.

Officials told candidates via email: “We have generated a lot of interest in these current elections, and we are receiving many requests, including from other candidates, for sight of candidate statements.”

Scroll for the full lists of candidates in each region below:

East Midlands and the Humber

East of England and North-East London 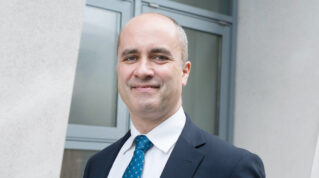