The draft legislation, which is making its way through the House of Lords, is also likely to be updated to include new regulations for academies.

Nadhim Zahawi, the education secretary, and Baroness Barran, the academies minister, this week signalled a row-back on reforms that have been criticised as a government push for more power.

The new bill includes a wide-ranging list that new academy standards – which all trusts must follow – could cover. It also includes new powers to intervene where trusts fail.

But Zahawi told trust leaders on Thursday he would not impose “any new burdens” that would restrict the “freedoms” of academies.

And Barran told the Lords on Wednesday that she planned to “clarify and confirm the government’s position”.

A rebel group of former Conservative ministers has vowed to keep pushing amendments to gut the bill if it remains in its present form.

But Schools Week understands officials will amend it themselves when it reaches the report stage, due next month.

They are said to want to “constrain” the scope of a clause on academy standards, amid concerns about what future governments might do.

The bill as it stands would also allow any future minister to add new standards without a full vote.

Lord Baker, a former education secretary and one of the rebel group, warned against handing “absolutely overwhelming” new powers to a “maverick” future minister. He “shuddered at the prospect” of a Jacob Rees-Mogg or “Corbynite” education secretary.

Signalling the row-back, Zahawi told the Confederation of School Trusts yesterday that excellence was “not something that can be achieved by a list of standards, or a piece of regulation”.

It followed a bruising committee stage this week.

Lord Agnew, a former academies minister and founder of the Inspiration Trust, said the legislation – coming before the promised academy regulation review – had “landed like a lump of kryptonite among all of us who are trying to educate children in the system”.

Agnew said the government had already managed to “squeeze out the mavericks” from the academies sector. When he arrived at the Department for Education, he was “probably getting three or four cases a month of maverick trusts on the brink of failure financially”.

He claimed that Barran and officials recently told him such “mavericks” now made up only 1 per cent of the sector.

“We are going to spend days going through this for 1 per cent, without having had any consultation and without any regulatory framework in place. I do not understand that, so I urge the minister, however uncomfortable it might be in the short term, to back off and reconsider.”

“Thousands” of people had been willing to serve a “very good public purpose. But I wonder how many we would have found if they knew they could be chucked out by the DfE at its whim.”

Several peers are also worried that the proposals could affect the status of academies as charitable organisations.

Lord Baker said a legal expert had advised him that the new powers to replace boards were “incompatible with the independence of an academy trust as a charitable company”.

But Barran said the government had “engaged with the Charity Commission” about intervention, and there were “currently no concerns about the interaction of these powers with the independence of charities”.

A spokesperson for the commission said it was “assessing the latest amendments”.

How the sector reacted to Zahawi’s assurances

“We need to see more than reassuring words [on clause one] – we need to see a change to those aspects of the legislation.

“All the intervention strikes us as having the potential to do what they say they don’t want to do – interfering in schools.”

“At the moment trust leaders are juggling trying to ensure we are meeting the needs of children post-pandemic, with all the other agendas nationally.”

“Results are being achieved by trusts – so why would you upset the apple cart? To be honest, the Confederation of Schools Trust, has so many members as it is. I think the government wouldn’t be able to tell them how to do things.

“We belong to a trust, I’m clearly sold on it, as long as schools go into like-minded trusts.”

The St Joseph CMAT's chief executive compared its task to a 'mission to Mars', but the pilot could spark... 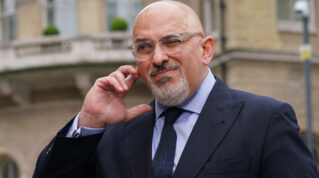