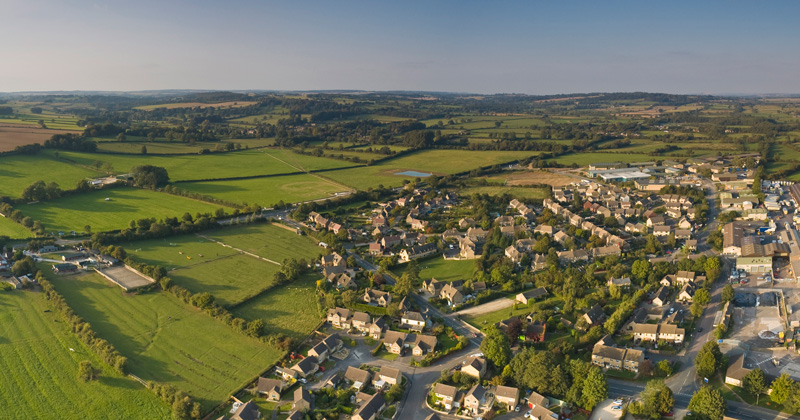 The education secretary has said he wants to see the free schools programme “spread much more widely” across England.

Gavin Williamson told fellow MPs this afternoon that existing free schools had been “far too disproportionately” created in London and the south east of the country.

I want to see this revolution in education delivery rolled-out, spread much more widely

Since the free schools programme launched, 172 of the institutions have opened in London, more than double the number that opened in any other region. However those that have opened outside of the capital have much higher rates of failure.

The education secretary’s intervention will be seen as important. It follows doubts about the future of the free schools programme. The Conservatives opted not to include a specific target for new institutions in their manifesto.

During a debate today on the education elements of the Queen’s speech, Williamson heaped praise on free schools such as the Michaela Community School in north London, which he said had “changed the lives” of disadvantaged pupils.

But he accepted the programme in its current form was limited.

“These free schools that we have created, far too disproportionately, so many of them have been built in London and the south east.

“I want to see this revolution in education delivery rolled-out, spread much more widely through the midlands, the north and the south west of England. Driving up standards, driving up attainment in all of our schools, in all of our communities.” 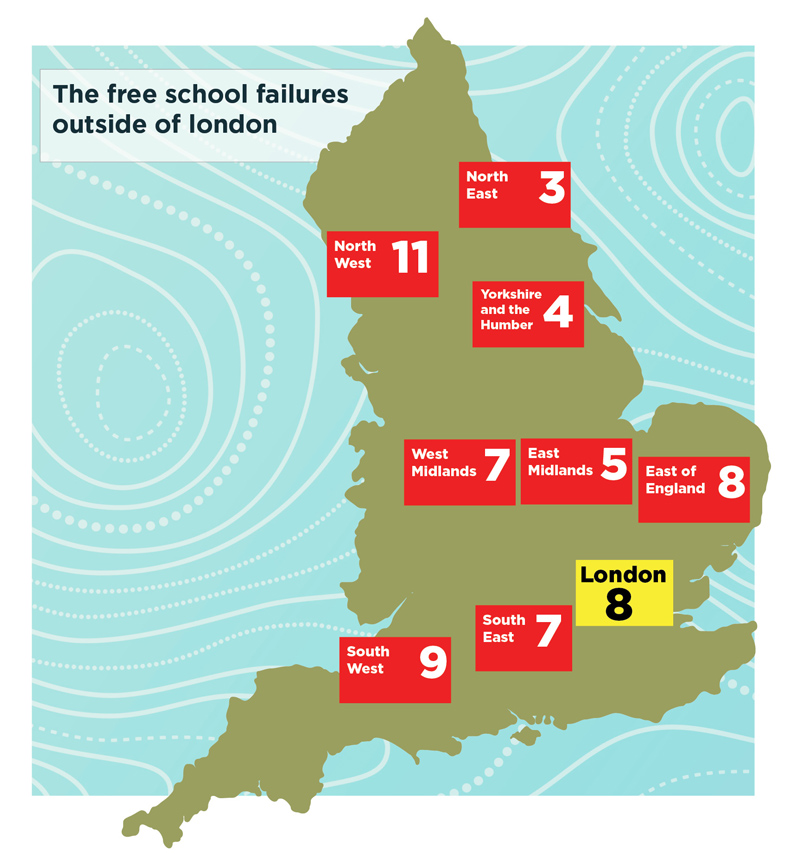 However analysis by Schools Week found the free schools that have opened outside the capital are much more likely to have collapsed.

Of the 62 free schools that have closed, 54 of these (87 per cent) were outside the capital.

The figures include studio schools and university technical colleges, plus those that were rebrokered. The statistics were correct as of September last year.

Of the 20 mainstream free schools that closed, 15 were outside London (75 per cent).

Analysis of the 641 free schools that opened between September 2011 and September 2019 shows London received more than double any other region, with 172.

That was followed by the East of England (76), South East (75) and North West (74). However, just eight of London’s free schools (5 per cent) closed in this period.

Only two other regions had less than a 10 per cent closure rate – Yorkshire and the Humber, where four schools closed (8 per cent) and the South East, where seven closed (9 per cent).

These findings suggest there are other structural issues at play in the growth of the free schools movement, aside from the region where the schools are opened.

An Education Policy Institute report on free schools in October found secondary free schools are not being built in the areas with the greatest need.

However, it also found families were least likely to put a free school as their first preference, with just one fifth of primary and one quarter of secondary applicants doing so.