The schools bill has crashed spectacularly in the Lords, so spectacularly that ministers have withdrawn its first 18 clauses – without which it loses its raison d’être. There can be no clearer indication of a rudderless and exhausted government. Hailed as a major piece of legislation, lauded as the means by which the governance of our schools would be rationalised, ministerial aims to have all schools in strong MATs by 2030 now look hugely ambitious and frankly unachievable.

The pressing question, surely, is: why was this allowed to happen? Why did a bill that was clearly so rushed and contained such badly drawn legislation ever get to the Lords, only to be annihilated by the less-than-friendly fire of previous Conservative secretaries of state. Kenneth Baker warned: “It’s a real grab for power by the DfE. […] I think they should be watched.”

He is right. This government should be watched, if only as a stellar example of how to lose friends and alienate people. Unable to convince even those who should be its friends, it has successfully managed over its 12 years in power to comprehensively alienate the nation’s teachers. Witness the government’s towering achievement in decimating teacher supply. The applications for initial teacher training are down 20 per cent on 2019, the last comparable pre-pandemic year. Even more seriously, teachers leave the profession in droves. One in four do so within two years of qualification and one in three within five – and recent NFER research shows those numbers are even worse for BAME teachers.

No education system can improve without good teacher supply. But successive ministers seem to prefer to focus on reform of the system over solving the real problems that cry out for attention. Where are the government’s plans to tackle these?

Where are ministerial proposals to reduce child poverty which creates 40 per cent of the attainment gap before children start school, destroying lives so desperately early? Where are plans to support post-pandemic recovery for all children and young people beyond projecting the illusion that Covid’s long shadow no longer falls over schools? Where are the promises to reverse the 40 per cent cuts to central funding for local authorities since 2010 that have resulted in school support services nearing extinction? Where is the support for children and young people with mental health issues who are left for months without treatment because the CAMHS service is overwhelmed?

Ministers have little or nothing to say about these, the real issues facing the nation’s pupils and the adults who educate them. That, more than anything else, is the reason ministers are attempting to force all schools into MATs by 2030. Desperate to be seen to be doing something, they fiddle while our schools burn.

Over the next few weeks we will hear much from ministers of the nine per cent pay rise for newly qualified teachers. This headline figure masks a much lower proposed pay award of three per cent for the more experienced, who know very well that their pay has been cut by 20 per cent in real terms since 2010. Ministers should be acutely aware of this, as they should also know that teachers at the start of their career and with several years of classroom experience are exhausted, having experienced a greater intensification of workload than any other profession. Teachers are sick and tired of being thanked for their invaluable contribution in the pandemic. They know, as the saying goes, that warm words butter no parsnips.

In the end, tired and exhausted governments get found out. Voters begin to notice the lack of a policy roadmap to make a real and material improvement to their lives. They begin to tire of announcements of government action that lack any substance. And they increasingly resent being led by a prime minister whose constant war on woke fails to conceal his mendacity.

We are, perhaps, at such a moment now – and not before time. Let us hope that whatever follows douses the flames of the schools bill, the wreckage of the DfE, and the tinderbox they have made of our schools. 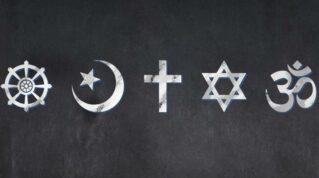 The schools bill features a number of important proposals specifically relating to faith schools. Vicki Hair sets out what...