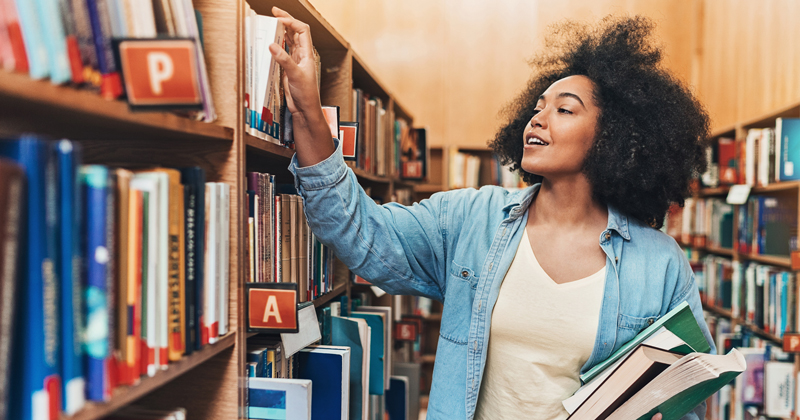 Almost three years after the launch of the apprenticeship levy, schools are still struggling to find ways to spend their money. But some schools are bucking the trend. Freddie Whittaker investigates

Schools meeting the government’s apprenticeship target have done so by upskilling support staff and even recruiting former pupils, while training companies are now running courses for school librarians and lab technicians.

Government statistics released in November show that just 7 per cent of academy trusts and large academies met a new apprenticeship recruitment target in the first year of its existence. Providers who work with local authority schools also say they face even greater barriers.

But in some schools and trusts nationwide, leaders say their efforts to embrace the growth of apprenticeships have paid off.

At Kennet School, a secondary school and three-academy trust in Thatcham, Berkshire, 10 staff started apprenticeships in 2018-19, equating to 3.3 per cent of the school’s workforce.

This places it well ahead of the government’s public sector apprenticeship target, which stipulates all organisations with 250 or more staff must hire 2.3 per cent of their workforce as apprentices each year.

Gemma Piper, the school’s headteacher, said embracing the apprenticeship programme has been about changing the way its existing roles work, rather than creating new ones.

“I would have been employing people anyway. I haven’t created roles for the apprenticeships – I have changed my recruitment strategy,” she told Schools Week.

“I’ve resourced it with a senior member of staff who found it appearing on her job list and has basically led it incredibly well. She’s the go-to on all the information regarding it. It requires someone in schools to own it.”

ASSET Education, a 14-school academy trust operating in East Anglia, is another of the 18 trusts that surpassed the government’s apprenticeship target last year, with 13 apprenticeship starts in its support staff, including teaching support, IT and admin teams.

Chief executive Clare Flintoff said this was down to “embracing the concept” of employing apprentices when planning ahead, and the recent growth of the trust to include schools that were already taking on apprentices.

“Our apprentices are a vital part of our workforce and we value the opportunity to train up our own people and largely aim to employ them after they have finished their training.”

Cuckoo Hall Academies Trust, which runs five schools in north London, had 15 apprenticeship starts in 2018-19, equivalent to 4.5 per cent of its workforce. Again, leaders say this success is down to seeing the apprenticeships requirements as a good thing, not a burden.

“As an organisation…we viewed this initiative as a very positive way to upskill and invest in a group of existing staff, as well as to recruit new staff,” said CEO Marino Charalambous.

“We need to get away from the old notion of what apprenticeships once were. We are looking to expand our programme further because of the benefits to us.”

Under the apprenticeship levy, schools and trusts are required to pay a certain amount per year into a central pot, depending on the size of their payroll. They can then claw back funding to pay for training.

Kennet’s successes in apprentice recruitment meant that its levy funding pot is quickly used up every year. But the school has secured additional funding from a local housing company, which transfers some of its own unused levy pot to the school so that it can train more staff.

“I am more than happy to exploit any pot of money anywhere,” says Piper. “But at the same time, there is a social and moral responsibility that we have to our community. Everyone who’s on an apprenticeship for me is a local person.

“We’re a school. We’re about educating and we’re about people, so it’s right that we’re a provider of education at all levels.”

Despite teachers making up a large proportion of the schools workforce, take-up of a new postgraduate teaching apprenticeship launched in 2018 has been limited.

According to government statistics, just 209 apprentices started the new teaching framework in 2018-19, the first year of its existence.

Flintoff, from ASSET Education, said her organisation is “not currently looking at teaching apprenticeships” because they have the salaried route into teaching which “really does largely the same job”.

Kennet has also looked at the teaching apprenticeship and decided against it.

But the school’s apprenticeship programme may yet bear fruit when it comes to teacher recruitment. Leaders hope former pupils who re-join the school to train as teaching assistants will eventually go on to become teachers.

Luc Poyda, a former Kennet pupil, returned after sixth form for a one-year TA apprenticeship. He told Schools Week the opportunity provided him with a chance to learn new skills and do something he enjoyed while he was still unsure about his future.

“Coming out of sixth form, I always felt like you’re rushed as you’re going through school, having to make decisions that are going to set you up for the rest of your life, and I felt like I couldn’t. I wasn’t in a place where I knew what I wanted to be doing in 40 years’ time.

“[The apprenticeship] was good because I think I knew I would enjoy working in a school anyway, but also I just needed time to make a decision on what I wanted to do in my life.”

Now an economics undergraduate, Poyda says he wants to go through teacher training – and is considering returning to work at Kennet – following his degree.

Schools need more help and support from the government

With the growth of apprenticeships in schools, training providers have scrambled to develop and tailor apprenticeship frameworks for the education sector and help schools find ways to spend their levy money.

For example, alongside the popular frameworks for admin and school support staff, training company Let Me Play runs courses for lab technicians and even school librarians.

“It was all about the fact a lot of our secondary schools had libraries and librarians who worked in there, but they couldn’t think of anything that would be right for those staff,” said sales director Jamie McVey.

But what are the barriers preventing more schools from accessing apprenticeships?

A lack of options is certainly an issue, says McVey, but another problem is a lack of understanding in schools “of how they can use apprenticeship training effectively across their workforce”.

He accepts schools need more help and support from the government – and is particularly concerned about local authority schools, which have their levy funding drawn into a central council pot.

“The money goes into the council’s central pot and councils don’t necessarily communicate well with the schools about how they can spend it and the fact it’s there, other than as a cost to the school,” he says.

The National College of Education, set up by training firm Oceanova, offers a Level 3 programme for early-career team leaders, a middle leadership programme at Level 5, a Level 7 master’s degree apprenticeship for senior leaders and an executive MBA for system leaders.

David Cobb, Oceanova’s chief executive, said the government had “done its job” by setting up an “innovative and well-funded policy”, and it was now down to “providers like ourselves, universities and colleges, and indeed government-funded organisations to innovate products to meet the needs of school leaders”.

Schools Week revealed last year that teacher development charity the Ambition Institute was in talks with the government to develop “education-specific apprenticeship standards”. However, nothing has yet come to fruition.

A recent report by the EDSK think-tank also claimed more than £1 billion of levy funding had been wasted on ‘fake apprenticeships’, including by rebadging management training and professional development courses for more experienced employees.

But Cobb added: “We’ve invested hundreds of thousands of pounds to create programmes, build teams and, critically, communicate to the learners.

“We see this last element as the key driver in successfully bringing apprenticeships into schools; providing learners with the opportunity for professional development and then helping the schools, MATs and LAs make sense of the levy to deliver exceptional learning. It’s not the government’s job to sell the policy or make it work in each sector. That is down to the market.”